Solar Jobs Are Booming. Coal and Oil, Not So Much 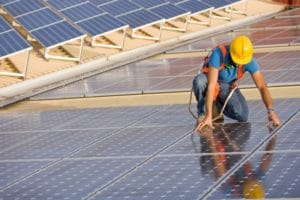 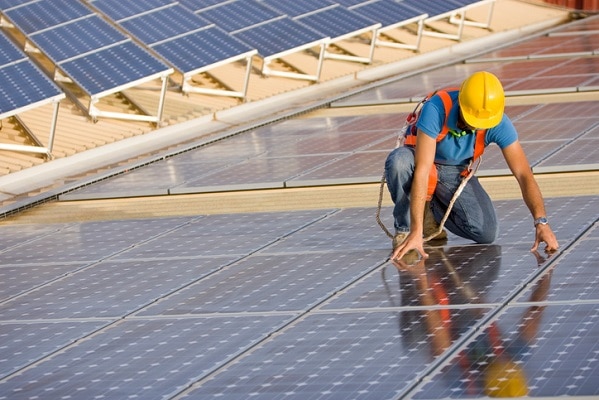 For those who work in oil, gas, or coal, projections about the future of these industries are important. Will President Trump be able to bring back these jobs, as he’s said he will? Or, should workers turn toward other industries for a more secure employment future?

Will rolling back regulations create jobs?

Earlier this month, President Trump pushed forward on his deregulation agenda, announcing that he’s rolling back legislation that impacts the oil and gas industry. He canceled a rule that required natural gas and oil companies to disclose payments made to foreign governments.

Will this change create more jobs? The rule was designed to create more transparency regarding energy companies drilling for oil or extracting coal and minerals in foreign countries. Energy companies had been fighting the rule, saying that it drove up prices. But, the regulation also created transparency, which helped to limit corruption.

The Natural Resources Defense Council argues that Trump’s “America first” energy plan could do more harm than good. They note that the administration doesn’t mention energy efficiency, which lowers energy costs: “Since 1987, federal energy efficiency standards on appliances and equipment have saved Americans a cumulative total of $2 trillion on energy costs. Standards set in 2016 alone will save $75 billion on utility bills.” The NRDC also points out that the administration’s energy plan doesn’t include clean energy, which is lowering energy costs, creating jobs, and reducing pollution.

Oil jobs probably aren’t coming back on a large scale.

According to industry experts, big oil jobs will most likely never rebound at the rates at which the Trump administration hopes they will. Since oil prices have fallen, there have been more than 441,000 oil and gas layoffs worldwide.

Even in Texas, where the oil industry has rebounded to some extent, jobs aren’t necessarily being created or restored. Due to the rise of automation, the work requires fewer and fewer workers.

“When we took a rig tour, we actually got a chance to see how a person on a computer console in Oklahoma was actually managing the drilling process in South Texas,” UTSA economist Dr. Thomas Tunstall, who analyzes the Texas oil industry, told News Radio 1200 WOAI in San Antonio.

Tunstall says that that oil and gas industry workers are experiencing the same shifts as workers in many other fields. These changes occur when “there is an opportunity to automate repetitive functions.” For this reason, it’s tough to imagine that oil jobs will return to previous rates.

Jobs in solar energy are growing at 12 times the rate of the U.S. economy.

During his campaign, Trump vowed to bring back coal jobs. But, will he be able to keep that promise? The loss of coal mining jobs has hurt families and communities that have relied on these jobs for generations.

“We’ve never really had much in West Virginia,” Dakota Hall, a coal miner who was let go from his job in 2015, told PBS. “The only thing that we always had to look forward to, if you wanted to take care of a family, was the coal mines.”

But, Trump will face tough challenges trying to restore this industry, according to experts. Just like with oil, coal extraction work is largely automated these days. Fortune reported that, as a result, the coal mining industry lost more than 26,000 jobs between 2011 and 2015. Eighty-seven percent of the workers who lost their jobs came from the Appalachian region.

“The machines that pull coal out of the ground allow us to pull way more than a bunch of guys with pick axes and shovels could – using one, two or three guys to operate them,” Chris Bollinger, director of the Center of Business and Economic Research at the University of Kentucky, told PBS. “That has had a tremendous impact on employment in the industry.”

The solar industry is booming.

While workers in coal, oil, and gas have experienced job losses in recent years, the solar energy field has been booming. In fact, jobs in solar energy are growing at 12 times the rate of the U.S. economy. The industry now supports at least 4 million jobs. That’s up from 3.4 million in 2011. Might this be the right place to look if we’d like to increase American jobs? It’s something for workers — and policymakers — to consider.

“Our findings would lead us to believe that the right place to invest dollars are in renewable energy rather than fossil fuels,” Liz Delaney, Program Director of EDF Climate Corps told Business Insider. “These jobs are widely geographically distributed, they’re high paying, they apply to both manufacturing and professional workers, and there are a lot of them.”

How do you think these industries will change in the next few years? We want to hear from you! Leave a comment or join the discussion on Twitter.