The 5 Worst Jobs in History (Were Way Worse Than Yours)

Hate your job? You can console yourself with the fact that no matter how stressful or boring or annoying your job is, it could always be worse.

Tony Robinson’s book The Worst Jobs in History outlines some of the worst-paying, lowest-status, occasionally downright disgusting jobs in the history of the working world. Here are a few of the gigs you’re glad you never had to suffer through:

1. Toad Eater: Although it would eventually come to mean a person who made a living by kissing up to rich people, toad eaters originally were employed by con men to pretend to eat (or actually eat) toads, which people in the 1700s thought were poisonous. Either way, not exactly a fun position.

2. Vomit Collector: This was the unfortunate Roman slave who had to mop the floors after the emperor and his guests were done making room for more food. Interestingly, there’s still a job called vomit collector today — only now, the person who does the job gets paid for it, and works in an amusement park.

3. Spit Boy: After Toad Eater and Vomit Collector, you could be forgiven for expecting the worst from this job, but actually, it was the lowest-ranking member of the kitchen staff, whose job it was to turn the metal spit that roasted meat. Doesn’t sound so bad? Well, Spit Boys existed during Henry VIII’s time, so the meat was plentiful and pretty heavy, plus the spits were made of iron, and not exactly light-weight either. And their job was to stand almost in the fire. All around, a pretty unpleasant experience.

4. Pure Collector: Back to gross jobs again. Pure Collectors picked up waste in the street in Victorian England. How like the Victorians to have a lovely name for a yucky job.

5. Resurrection Man: Doctors in Georgian England had to practice on something, and donating one’s body to science just wasn’t done. So they paid Resurrection Men to dig up corpses to use as anatomical models and practice dummies.

We want to hear from you! What’s the worst job you ever had? Leave a comment or join the discussion on Twitter, using the hashtag #MakeItHappen.

5 Ways Your Job Is Ruining Your Body 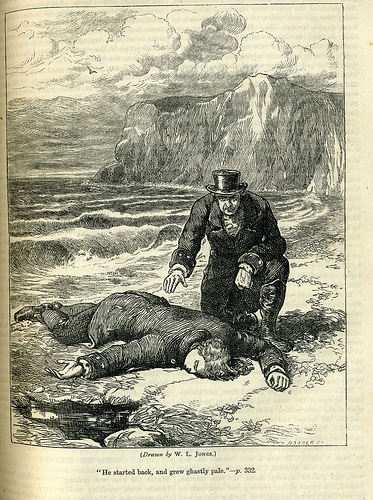