These Part-Time Jobs Pay up to $40 an Hour

Looking for a part-time job that really pays the bills? You’re not alone. Just about 8 million Americans work part time, either because they can’t find full-time work or because they like the hours. The goal, of course, is to find a gig that pays decent money while still allowing workers a flexible — or at least reduced — schedule.

PayScale and AOL Jobs made a list of seven part-time jobs that fit the bill. These jobs are light on training and heavy on pay. Many pay more than $25 an hour, and some as much as $40. And those numbers get better for folks in metropolitan areas.

Here are a few of the best paying part-time jobs:

1. School bus driver. If you’re a driver in a city, the median hourly wage is $29.50. Nationally, it’s at least $12 an hour. It’s not exactly an easy gig, as the article points out. Traffic, weather, and noisy kids can take a toll on anyone’s sanity, but at least you have a summer off to recuperate.

2. Flight attendant. There are both glamorous (travel to exotic locations!) and not-so-glamorous (make everyone abide by the rules!) sides to the flight attendant’s job, but the pay is first-rate. Most flight attendants work around 20 hours a week and make up to $34.80 an hour.

3. Makeup artist. You’ll make the most money as a makeup artist in areas where show biz is a major industry, like New York, Los Angeles, and Las Vegas, but anywhere with a lot of amusement parks and big media markets will also have a lot of demand for your services. Makeup artists make $14.70 – $23.50 an hour.

3 Ways to Reclaim Productivity and Rebound from Work Distractions 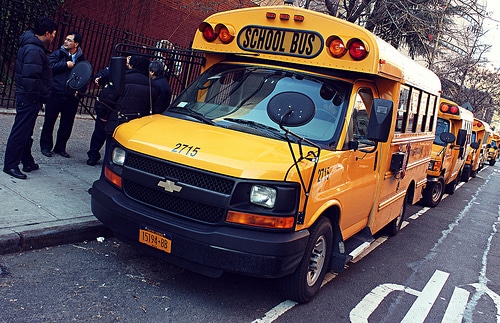