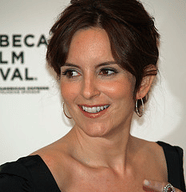 Tina Fey is so beloved at this point, she could probably give up show business and start her own cult. Why does she inspire such fervor in her fans? Well, partly, it’s because she uses her powers for good.

Witness her recent appearance on Inside the Actor’s Studio. When host James Lipton asked her “How does a woman, like you, make her way through a man’s world?” she offered some very actionable (and hilarious) advice:

1. “Always wear a bra. Even If you don’t feel like you need it, just have it.” (I would add that you almost certainly need it.)

2. “Don’t eat diet food in front of other people. Don’t eat like a Lean Cuisine. It weakens you. Eat it privately.” (When the Jane Dough commented on Fey’s advice, they mentioned that it’s also a bad idea to eat ribs, which is also true. So, I guess, avoid anything either messy or cutesy.)

3. “A lot of times people say you know don’t cry in the workplace but I find that if it’s genuine, if something is so frustrating you to cry that it actually often scares the [bleep] out of people.” (This is definitely true. Just, as she says, make sure it’s genuine. Manipulative tears are a sign of weakness, not a portent of doom for all who disobey the furious boss lady.)

I also loved all of Fey’s tips from her book Bossypants. A few of my favorites:

1. Don’t hire anyone you wouldn’t want to run into in a hallway at 3 o’clock in the morning.

2. “Don’t waste your energy trying to educate or change opinions; go over, under, through, and opinions will change organically when you’re the boss. Or they won’t. Who cares? Do your thing, and don’t care if they like it.”

3. “When faced with sexism, or ageism, or lookism, or even really aggressive Buddhism, ask yourself the following question: ‘Is this person in between me and what I want to do?’ If the answer is no, ignore it and move on. Your energy is better used doing your work and outpacing people that way. Then, when you’re in charge, don’t hire the people who were jerky to you.”

We want to hear from you! What off-beat career advice has helped you most? Leave a comment or join the discussion on Twitter, using the hashtag #MakeItHappen.

3 Ways to Stop Second-Guessing Yourself

The Only 3 Reasons to Have a Meeting 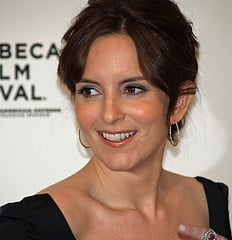