The Most Unappreciated Jobs In America 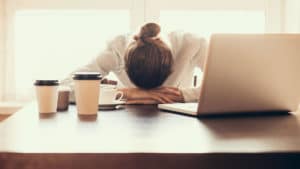 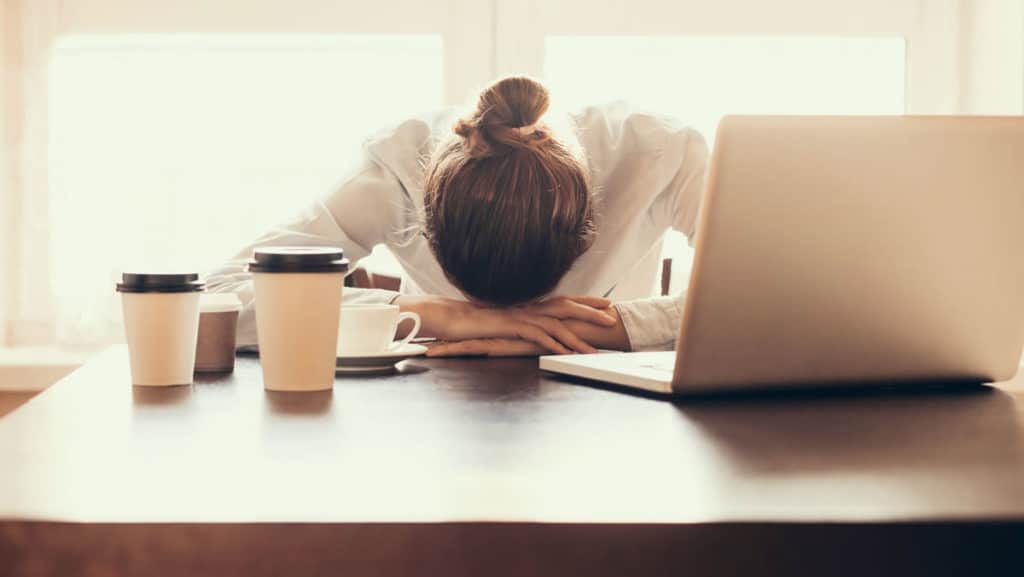 So, you’re unappreciated at work. Or you feel like you are. Unfortunately, you’re not alone. Almost 30 percent of American workers feel unappreciated. But who are the workers that feel most unappreciated? Why do they feel this way? And what needs to change in order for them to feel more valued?

PayScale surveyed 433,752 customers between June 19, 2014 and June 19, 2016, to learn which workers feel the most and least appreciated, and how perceived employee appreciation varies across states, industries, job types, pay brackets and more.

The notable exception to this trend is for workers in jobs that usually require a level of emotional and moral devotion, like clergy, counselors, and graduate teaching assistants; though workers in these jobs report a high-level of perceived appreciation, none reports a median annual salary higher than $45,000 (clergy).

Just 37 percent of employees earning less than $25,000 per year feel appreciated at work.

Highly skilled medical professionals appear repeatedly near the top of the list of workers who feel appreciated: dentists (76 percent feel appreciated), surgeons (73 percent) and optometrists (70 percent) all appear in the top 10. In line with our above findings regarding salary, all three of these jobs types report six-figure median salaries, with surgeons reporting a whopping $343,900 median salary.

At the other end of the spectrum are the workers who feel most unappreciated. These include laundry and dry-cleaning workers (63 percent feel unappreciated at work), utilities meter readers (55 percent), and telemarketers (53 percent). Of these three most-unappreciated jobs, all report median annual salaries less than $34,000. 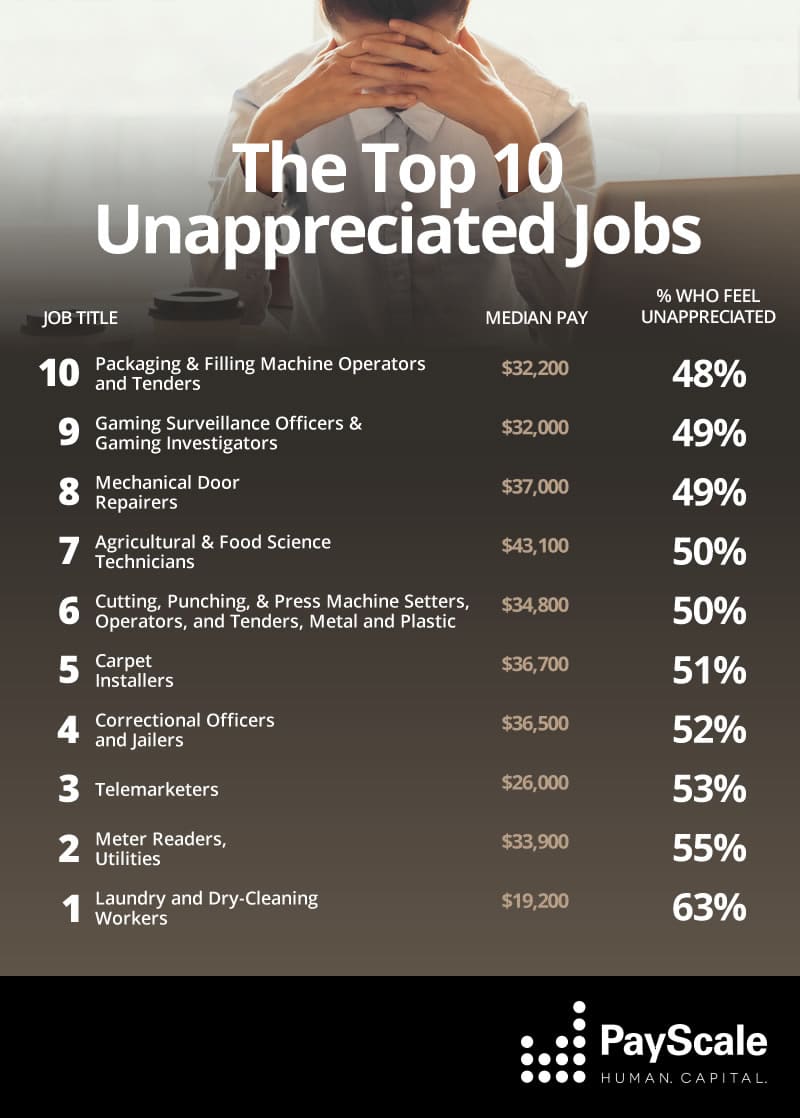 Geographically, we found that the five states with workers who feel most appreciated are, in descending order, the District of Columbia (51 percent of workers feel appreciated), Utah (50 percent), Alaska (50 percent), Indiana (49 percent) and Oregon (49 percent). Interestingly, workers in the District of Columbia reported the highest median salary of any state, by far, at $70,100.

The states with workers who feel most unappreciated are West Virginia, Wyoming and Mississippi.

Which Generation Feels Most Appreciated?

Perhaps surprisingly, Baby Boomers feel slightly more unappreciated (29 percent) at work than Gen-Xers (28 percent) and Millennials (26 percent). And even more surprisingly, given this information, Boomers are 7-to-8 percent less likely to be seeking a new job: 53 percent of Baby Boomers surveyed indicated they’re not actively seeking a new job, as compared to 45 percent of Millennials and 44 percent of Gen-Xers. We suspect this may be a cultural difference between generations, or perhaps an indication that as baby boomers approach retirement, they may be more willing to stay in their current job for remainder of their career.

Despite Millennials' low salaries, their generation is the most likely to feel appreciated.

What Does All This Mean for Employees and Employers?

Given the relationship between salary and perceived worker appreciation, it’s important to make sure you’re being paid what you’re worth. If you’re concerned you might be underpaid, take PayScale’s Salary Survey to see what other workers like you are making in your area, and learn for yourself what your salary should be.

And given the link between perceived worker appreciation and likelihood to be seeking a new job, it’s crucial for employers to make sure they’re paying their employees appropriately. If you’re a business owner or HR specialist and concerned your workers might be likely to leave, take a look at PayScale’s Compensation Best Practices Report to see how you can improve worker morale.

And in general, if you want to make sure your colleagues and employees feel appreciated at work, just tell them. Thankfully, it costs nothing to be nice.

Do you feel unappreciated at work? Why do you feel that way, and do you have a plan to make a change? We want to hear from you. Tell us your thoughts in the comments or join the conversation on Twitter.