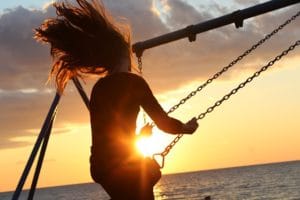 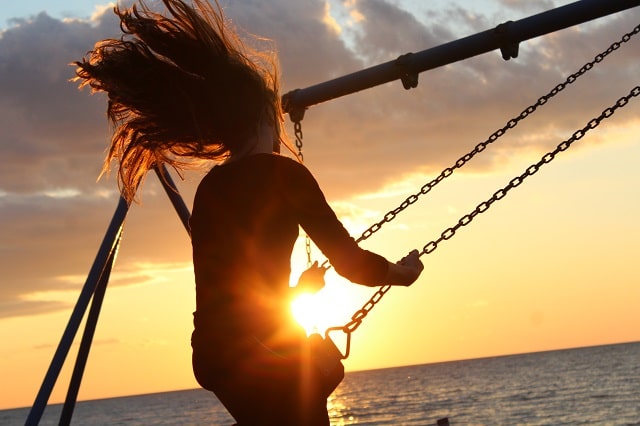 What would make you happy at work? If you’re like most of us, you said a raise, or possibly a new boss. While neither of those things would hurt, there’s another possibility that probably never occurred to you: focusing less on happiness might make it easier to achieve.

So says Ruth Whippman, a journalist and author whose move from London to California made her ponder the idea that the American fixation on happiness might contribute to its elusiveness. Speaking with Knowledge@Wharton, Whippman discussed the idea behind her book, America the Anxious: How Our Pursuit of Happiness Is Creating a Nation of Nervous Wrecks.

“I think people are paradoxically likely to experience more happiness if they stop trying quite so hard,” she said. “One of the things I noticed when we first moved here is that people talked about happiness almost like people talk about going on a diet. There’s no pleasure involved in it, but if I just try a bit harder, it would make me a good person or a better, more improved person to do this. I think to just take a step back, stop worrying about it, stop really pursuing it so relentlessly and just kind of hope that it comes along the way will actually lead to more happiness.”

We have to acknowledge that the U.S. has a problem with anxiety.

We aren’t always aware of the profound impact culture is having on our lives, but it determines a great deal about the way we behave and the way we think. The idea that we live in a culture of overwork isn’t new, but is that the only reason we’re so riddled with anxiety? Whippman thinks not. She says she noticed differences pretty quickly after relocating.

“There are lots of genuine reasons why life can bring anxiety. Money worries, inequality, the state of the economy, health care — those sorts of big issues. But one of the things that I identified pretty early on was that people seem to be very culturally preoccupied with this idea of happiness, of finding happiness,” Whippman said in the interview. “I was having conversations with people, and the same topic would come up again and again, with people really kind of agonizing about it. Am I happy? Am I as happy as my neighbor? Am I as happy as my friends? Am I as happy as everybody on social media? Could I be happier if I tried harder? There seemed to be this real anxiety about being as happy as you could be.”

We spend a lot of time, energy, and money on our quest for happiness.

Self-help is an $11 billion-a-year industry; now, Whippman notes, “a new kind of subsidiary industry” has cropped up in the form of “quasi-spiritual” techniques like mindfulness. In the end though, it’s not the money or time we invest that hurts us the most — it’s the anxiety that comes along with all of it.

“It’s this idea that if we just buy another app or read another book or try another thing, then this new, improved version of ourselves will be fully self-actualized and fully happy,” she said in the interview. “I think that, itself, is causing anxiety.”

Whippman recognizes that Americans talk a lot about “authenticity” but she isn’t sure we’re really living up to our own ideals. Social media certainly isn’t doing anything to help us stop comparing ourselves with those around us at work and in our personal lives. How much does social media accurately reflect our real lives and careers? Ask yourself — how emotionally honest are your most recent posts? While you’re at it, ask yourself how you usually respond, emotionally, to checking out your social media feeds. Is it really making you happy?

Companies value employee engagement, and rightfully so. However, Whippman worries that these “blurred lines” between work and play might be doing more harm than good. An all-absorbing corporate culture (think Zappos or a Silicon Valley startup) sounds good in theory, but it might also create pressure to be “on” all the time.

“For some people, that works great. Some people want to go to work and have a parade come past their desk and do a little disco and that kind of thing,” Whippman said in the interview. “For me, as a kind of awkward British person, I think it would be absolutely horrendous.”

Perhaps it’s worth considering a different approach to lessening our anxiety. Americans seem to feel that if they work hard enough they’ll be able to achieve whatever they want. But maybe that’s just not the way happiness really works.

Listen to the full interview or read the transcript, here.

Do you think that trying so hard to be happy could be making Americans more anxious? We want to hear from you! Leave a comment or join the discussion on Twitter.