The difference between lethargy and productivity might be 10,000 steps a day, according to a study by the Foundation for Chronic Disease Prevention in the Workplace.

FCDP measured the productivity, health, and happiness of workers at six companies in the U.K. and the U.S. over a 16-week period. Participants agreed to wear pedometers, answer questionnaires, and undergo biometric testing to determine the relationship between their activity levels and their physical and mental health, as well as their ability to get stuff done at the office.

The results were clear. Workers who walked 10,000 steps a day were healthier, happier, and more productive than their counterparts who did not meet the goal.

– Higher confidence, self-esteem, and concentration, as well as better sleep.

– Increased satisfaction with their quality of life.

– A large number of employees lowered their blood pressure.

Maybe most significant, though, is the positive effect of the program on motivating people to move more. Before the study, only 18 percent of the participants walked 10,000 steps a day; during, 58 percent hit that goal.

So if you want to get moving, maybe the best thing to do is to enlist your coworkers to play along.

We want to hear from you! Do you think walking has improved your productivity? Leave a comment or join the conversation on Twitter using the hashtag #MakeItHappen.

The 10 Commandments of Productivity

The Secret to Better Sleep [infographic] 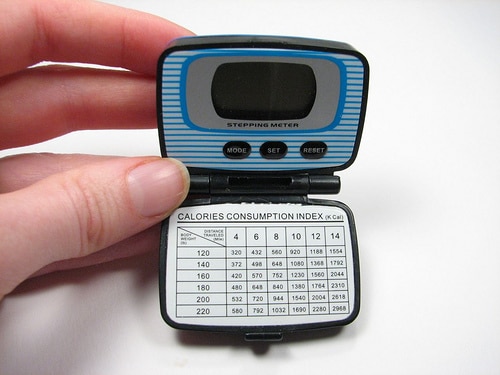