If Newspapers Fail, Where Will the Employees Go? 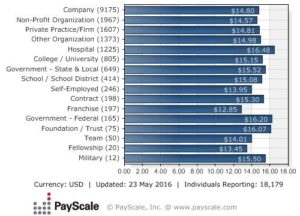 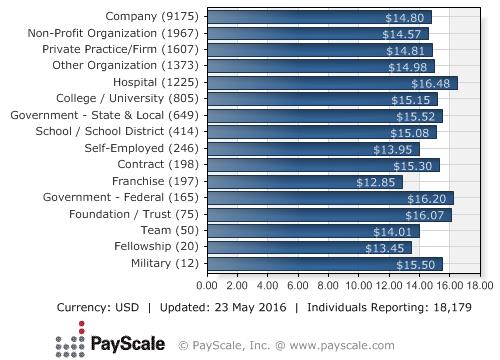 In recent years, the print media world has been suffering. The Tribune Co., one of the largest traditional media (read newspaper) companies, filed for bankruptcy. Other traditional media companies have followed suit, since the economy and interest in print journalism are both in a downward spiral.

What will happen to the thousands of employees involved with print media?

Are you a buggy whip maker in a horseless carriage age? PayScale's salary calculator and GigZig career path explorer can help you understand options for a new career direction.

Below is a table listing 10 common jobs at newspapers, along with the median pay for a starting and experienced worker from our Payscale.com salary database:

Employees working in some of these jobs can easily move to another company, as the jobs are not media specific. Some of these include those involved in customer service and sales, as well as administrative assistants.

The people responsible for delivering newspapers can move to another delivery service, such as UPS, FedEx, or any industry requiring truck drivers to deliver products. These include, but are not limited to Coca Cola, Inc., Sysco Corp., Home Depot, Inc., Best Buy, The Kellogg Company, and The Salvation Army.

Other jobs are not as common outside of traditional media. These include the reporters and editors, as well as print press operators. Some reporters might be able to transfer to broadcasting media outlets such as television and radio. Others might find work with Internet news sources, such as CNN.com, MSNBC.com, and Yahoo.com.

According to PayScale's GigZig Tool, a tool that shows common career paths, reporters might find work as Communication Specialists, Copy Writers, or Public Relations Specialists, which can use their advanced written and communication skills.

Below is a chart looking at the median salary of a newspaper reporter by years of experience provided by PayScale's Research Center. As you can see, there is a steady increase in salary as a reporter obtains more experience. 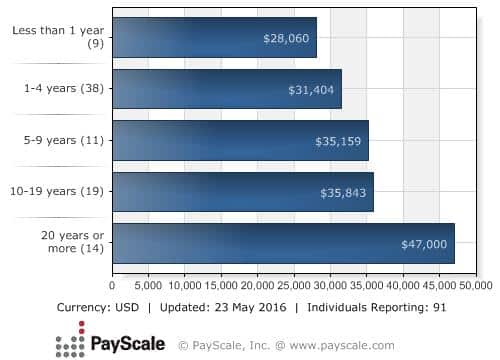 Now let's see what happens when an experienced reporter (5 years or more) transfers to public relations, a substitutable position. Although several of their skills are transferable to the public relations field, a new applicant may be viewed as having little to no relevant experience. As can be seen in the chart below, this worst case scenario would cause their median salary to fall more than to $10,000 to ~$32,000. In addition, the room for salary growth is not quite as large without promotion to a more senior position.

Moreover, the Bureau of Labor Statistics (BLS) predicts the number of qualified applicants to exceed the number of job openings. Therefore, the laid-off reporter might not even be able to obtain this new position, especially during these tough economic times. 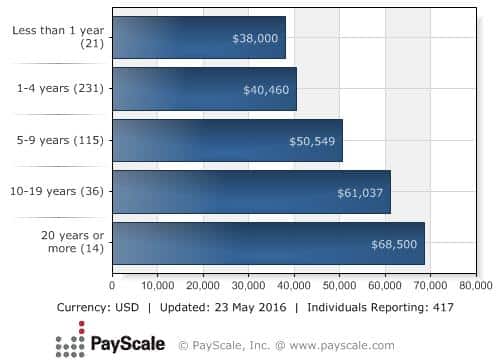 Similar to reporters, some editors can transfer to other media outlets, such as television and the Internet. New jobs, with some training, could include a Film/Video Editor and and a Web Content Editor. Editors might also find work at the following jobs: Technical Writer, Medical Copy Editor/Proofreader, Marketing Manager, and a Communications Manager, again according to PayScale's GigZig Tool.  This is likely due to their technical and communication skills.

Print Press Operators are a dying breed as the printing process has become increasingly automated. They can transfer to such jobs as a Die Cutter, a Color Printer Operator, and other precision machine operators. However, the BLS believes employment in various machine setter, operator and tender occupations is expected to decline rapidly. They predict an average decrease up to 15% from 2006 until 2016. Therefore these jobs will be increasingly hard to obtain and the print press operators might have to turn to jobs where they are overqualified in order to find work.

It appears there will be options for the thousands of employees who are likely to lose their jobs in the coming years, but those options for some will be few and far between. For others they might simply be nonexistent. Therefore the weakening of the traditional media companies will have repercussions that ripple through the labor force.

Are you involved with traditional media and worried about the future of your job? The PayScale Salary Calculator is a quick and easy way to compare positions.  When you want powerful salary data and comparisons customized for your exact position or job offer, be sure to build a complete profile by taking PayScale's full salary survey.