Writer Eric K. Auld has been using Craigslist to scour for jobs, and in a column for Lifehacker, he outlined how he recently posted a fake Craigslist job ad to get a better sense of the local job market and the kinds of applicants that form his competition. What's Joe Jobseeker up against when he applies for an administrative assistant job online?

Auld kicks off his experiment with an explanation as to why he was essentially leading job applicants on with a fake ad. "I thought of the mountain range of jobs to which I had applied in the last few weeks, followed by the complete lack of correspondence from these potential employers, and then I didn't feel so bad," he wrote. "I assumed that those who had applied to this non-existent position would most likely shake the experience off as just another stone in the quarry of disappointment."

The ad sought a New York City administrative assistant and expressed a preference for candidates with previous office experience. Full-time hours and health benefits were among the perks listed, and the pay range was between $12 and $13 per hour. Straightforward enough. Auld had his first response four minutes after the ad went live; just 24 hours later, he had a total of 653 responses.

These numbers certainly give jobseekers some context. When your resume is competing against 600+ others, you're much better off finding novel ways to get yourself noticed, like an internal recommendation. If you do choose to apply solely via Craigslist, Eric Auld recommends applying immediately to keep your resume towards the top of the pile.

Have you been successful at getting responses from online job ads?

Why Women Quit Science Jobs
Are Female Doctors Really Getting Paid Less Than Male Doctors?
In What Careers Do Women Out-Earn Men? [infographic] 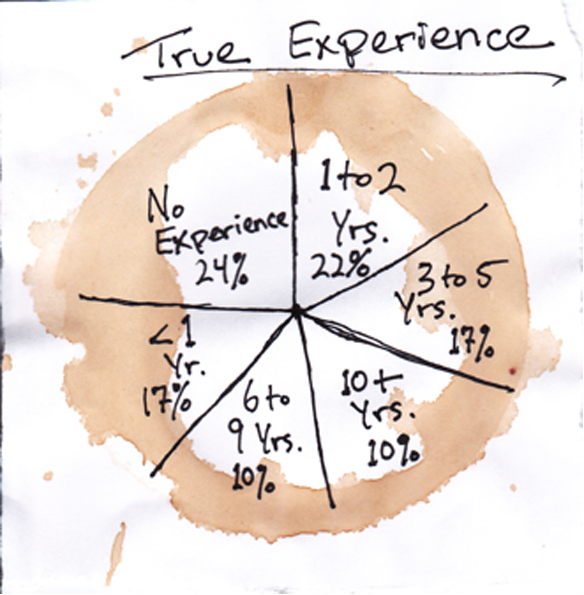