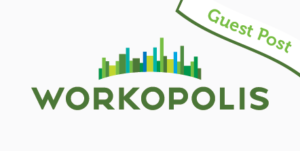 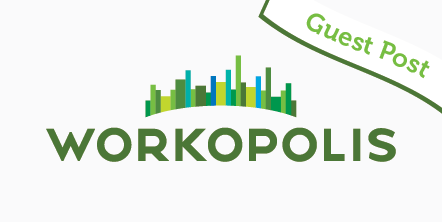 It’s a winning combination every company wants: Productive staff and happy customers. Could higher salaries be the ticket to both?

That could be what happened at Walmart, an American powerhouse that found itself floundering in recent years before making a sweeping change to how it pays its employees. As the New York Times reported, the company’s revenue fell for the first time in its nearly half-century run as a public company in 2015, and sales fell for five straight quarters.

So, a company known for penny-pinching announced in early 2015 that it was going to start paying its employees more. And it seemed to make a difference. Early results were optimistic, as sales started to rise and the rate of stores hitting their customer service targets shot back to 75 percent by early 2016.

But is this a strategy other companies should implement? Is there such a thing as a Walmart effect?

Ann Frost, an associate professor at Ivey Business School in London, Ont. says it can be a good idea, and she has some research to back up Walmart’s anecdotal experience.

Every company wants productive staff and happy customers. Could higher salaries be the ticket to both?

In one of Frost’s studies from 2005, she looked at low-wage, low-skill workers in American hospitals — roles like nursing assistants, orderlies, and food workers.

“These people were at the bottom of wage distribution, and as you can imagine … turnover was horrific, customer service was bad,” she says.

What her research team found was that boosting their wages slightly led to more positive outcomes, less turnover, and fewer days taken off by staff.

“We had people in the focus groups saying, they don’t pay me enough to be nice,” Frost says. A wage increase helped change that sentiment, she explains. “People care more, and they feel they’ve been respected, and they’ll in turn respect the employer and customer.”

An earlier study from researchers David Card and Alan B. Krueger explored how a higher minimum wage implemented in New Jersey in 1992 impacted employment in the region’s fast food industry.

“When you raise wages, all of a sudden employment goes up,” Frost says, adding it’s easier to fill positions when the pay grade is slightly higher.

“There’s more work effort put out so they’re probably more productive, and there’s a ripple effect to the customer,” she adds.

But Wages Are Only One Piece of the Productivity Puzzle

But while money matters, it’s not the only thing contributing to worker productivity, says Ellen Auster, a professor of strategic management at the Schulich School of Business in Toronto.

“What drives productivity or undermines it is how people feel at work — respected, valued, asked for input, listened to, treated fairly, given opportunities for development and training,” she says.

Those factors will “almost always” matter more than wages, and some people will even leave a company for a lower-paying job where they are treated better and have more opportunities.

Auster says that for companies who do want to take cues from Walmart and boost wages, it’s also important to look at the systemic impacts. Will boosting salaries suddenly demoralize certain staff who worked for years to earn a bit more an hour, for instance? And are all regions or units getting the same income raise?

Still, Frost stresses that a wage boost can provide a productivity boost, and says companies need to take a holistic look at the total cost of labor, not just the wage rate. The savings that come from paying minimum wage might be countered by high turnover or absenteeism, she notes.

“Maybe your low wages aren’t that much of a bargain after all,” Frost says.

Have you seen a similar effect at your company after raising pay? We want to hear from you. Tell us your thoughts in the comments.