Negotiation Tactics for Women to Level the Playing Field 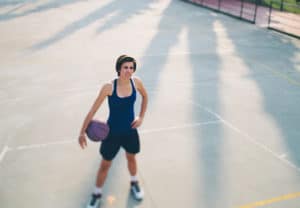 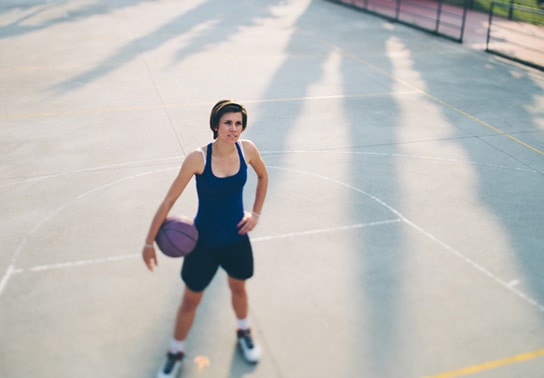 It’s been nearly 10 years since Sara Laschever and Linda Babcock launched a new phase of the women’s movement with their groundbreaking book, Women Don’t Ask: Negotiation and the Gender Divide. The authors proclaimed that women lagged behind their male colleagues in salaries, bonuses, promotions, and perks simply because they hadn’t “asked for it.”

They were right. They were also right in their judgment that women didn’t like to ask—and weren’t going to start asking anytime soon. And that shouldn’t have been a surprise to any of us.

Not only has our culture instilled in women a disinclination to be self-serving, when we do work up the nerve to ask, we’re likely to experience “gender blow-back”—a subtle but powerful punishment for stepping outside our cultural gender role.

There are solutions to this problem and they are rather easily applied. We begin our negotiations – our “conversations leading to agreement” by offering benefits rather than seeking them. We frame our proposals as mutually beneficial and we use objective metrics – like market value – instead of subjective ones – like what we believe we “deserve.” As one negotiation training concern says in airline magazine advertising, “you don’t get what you deserve, you get what you negotiate.”

Here’s a process that my partner, Lisa Gates and I have found consistently delivers better results for women when they’re willing to step up to the plate and seek compensation that reflects their value rather than the wage gap.

Women tend to underestimate our worth for many reasons, including the simple fact that we’ve gotten used to being paid 20 to 30 percent less than our male colleagues.

Once we get a handle on our true market value, however—what a willing buyer would pay a willing seller, gender notwithstanding—we can begin to have a conversation leading to agreement.

That’s all a negotiation is: a conversation between two or more people whose purpose is to agree to terms beneficial for all. The good news for women is that we love conversation. We’re also pretty fond of agreement. And because we hate the word “negotiation” so much, let’s just call it a conversation from here on out.

Any conversation aimed at creating an agreement starts most effectively when we ask the other person questions that will reveal his true needs, desires, fears, preferences, and priorities.

Professor Leigh Thompson at the Kellogg School of Business at Northwestern University says that 93 percent of all negotiators fail to ask these “diagnostic questions” in circumstances where getting them answered would significantly improve the outcome of our negotiations.

So that means that just by starting the process with questions about what your bargaining partner wants—you’ve entered the realm of the super-skilled 7 percent of all negotiators!

Once you know what your negotiation partner wants, you can offer to provide it to him before you ask for a single thing yourself. Remember Oliver, the orphan shamed for asking for another spoon of gruel? If Oliver had begun his negotiating strategy by offering rather than asking, he could have set into motion a chain of events that would have led to a better breakfast.

Imagine if Oliver had approached the headmistress with an offer to clean the dining hall and polish the flatware after breakfast. “I’d be able to include a shoe shine for both you and the headmaster if I only had a little additional gruel, and perhaps an egg for energy,” he’d say, smiling with his most ingratiating grin.

Perhaps Oliver wouldn’t have gotten everything he wanted that way, but he would have had a far greater chance of if he’d learned about conversations leading to agreement before holding up his bowl and asking for more.

You’ve tried all that and it hasn’t worked? I’m not surprised. I’ve had some pretty high-flying executive clients shamed for seeking a 20 percent raise. But I’ve also seen them walk through that shame, concluding their agreement-conversations with 30 to 40 percent increases in pay.

If you know how to play “tit for tat,” your negotiation partner will often feel shame for having allowed his temper to flare up at you for simply asking.

“I’m surprised that you’re angry,” one of my clients said to her negotiation partner after I’d taught her this strategy. “I assumed a law firm as prestigious as yours was paying market rates.” On another occasion, she used silence, which brought not only a quick apology, but an additional concession.

When you respond to insults with dignity, penalize your negotiation partner for his outburst with a proportional punishment, and quickly return to cooperation when he apologizes, you can turn your superior’s harrumph into your triumph in short order.

No one, of course, can expect to learn everything she needs to know to become a powerful asker by simply reading about negotiation theory in an article. It takes practice. And, of course, every situation is different.

That’s why I’m recommending that you pick up Laschever’s and Babcock’s second book, Ask for It!, which they’ve described as a negotiation workout. Just as your waist won’t slim and muscles won’t grown by reading books on physical fitness, you will not become a good negotiator by reading The 10 Most Powerful Ways to Get What You Want or any other step-by-step guide.

Start by recognizing that every time you reach into your purse to pull out your wallet you have an opportunity to negotiate price. You’ll find that most retail establishments will negotiate even though we’re a price-tag culture. At the least, most stores will offer to set a purchase aside until an upcoming sale. I’ve negotiated at Bloomingdales and Macys in this manner and it’s worked every time.

Start small, build your skill set and next thing you know you’ll be confidently asking for and getting what you negotiate which just happens to also be what you deserve.

Topics: A New Job Offer, A Raise/Promotion, All, My Benefits, Salary for the First Time