5 Tips to Help You Stop Mansplaining 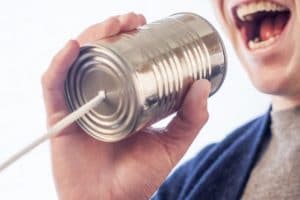 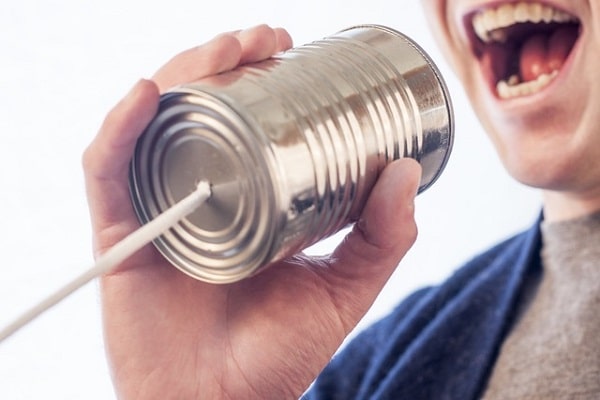 Men and women communicate differently than long-held stereotypes might suggest. It turns out that the old notion that “women talk too much” isn’t based in reality. Research has proven that the opposite is true, especially in group settings. The larger the group, the more men talk. One study from Brigham Young University and Princeton, which was reported on by The New York Times, found that when men outnumber women, women speak between a quarter and a third less than men.

Men interrupt more, especially when talking to women. And, women qualify their statements more frequently, by using words like “kind of” and “maybe.” Evidence of these differences can be seen as early as childhood. Research conducted in classroom settings has found that boys are more likely than girls to raise their hands.

These reasons aren’t biological, they’re cultural. They stem from stereotypes and conscious and unconscious beliefs that make it hard for women to speak up at work and in the classroom. They fear being perceived as too aggressive. Men, on the other hand, have cultural and historic reasons to believe they’ll be rewarded for similar behavior.

The term mansplaining (verb – mansplain, adjective – mansplainy) entered the popular lexicon a few years back to help us understand, and maybe even begin to untangle, these differences. And, although we are making slow and steady progress on the gender equality front, there is still a long way to go. It’s not only up to women to spur these changes forward. If you’re a man who’d like to do your part to support your female colleagues, consider these tips to help you or others roll back the mansplaining a little.

When men outnumber women, women speak between a quarter and a third less than men.

One of the behaviors that typifies mansplaining is delivering unsolicited dissertations on subjects of which the speaker has tenuous knowledge. Julia Baird at The New York Times dubs these “manologues.” If you find yourself caught up in one — stop.

“The manologue takes many forms, but is characterized by the proffering of words not asked for, of views not solicited and of arguments unsought,” writes Baird. “It is underwritten by the doubtful assumption that the audience will naturally be interested, and that this interest will not flag. And that when it comes to speeches or commentary, longer is better.”

One way to combat the manologue is to focus, consciously at first, on asking more questions and making fewer statements. If you’re having a conversation with someone, or if you’re in a meeting, try to keep track of both kinds of contributions and see if you can keep them about level. Good conversational participation means building off the ideas of others as well as sharing your own.

3. Don’t explain something unless you’re asked.

Proverbial red flags should start waving in all directions if you hear yourself utter the phrase, “let me explain something to you….” People appreciate it when you offer an explanation that they’ve asked for. But, when you do without any provocation, it can be pretty tough to take.

The term mansplaining was coined following an essay called Men Explain Things to Me, which was written by Rebecca Solnit in 2008. In it, she articulated one of these experiences.

“Solnit and a friend were at a party,” says the Merriam-Webster Words We’re Watching page on mansplaining, “where the host (a wealthy and imposing older man), upon learning that Solnit had recently published a book on 19th century photographer Eadweard Muybridge, proceeded to tell her all about a very important book on the same photographer that had just come out. The book, of course, was Solnit’s, but the man had to be interrupted several times by Solnit’s friend before he’d absorbed that knowledge and added it to the knowledge he’d absorbed from reading the New York Times review of the book.”

4. Check yourself if you hear yourself say, “Well, actually…”

It’s okay to correct people when they’re wrong, of course. It’s also okay to contribute your ideas to an ongoing conversation. But, you’re taking a mansplainy tone if you kick off your comment with the phrase, “Well, actually….” If you do use these words, or ones like them, be sure you really have the knowledge to back them up, and try not to talk like this too often. It’s arrogant and corrective, and it can feel belittling to the folks you’ve turned into your audience.

The best way to begin to curtail mansplaining might be to understand how it’s perceived by others. Think about the fellow from the cocktail party offering his two cents based on a book review rather than allowing the author to share her knowledge. It’s so diminishing. And, it didn’t do anything to help the way this host was perceived by the people within earshot of his ignorance.

Sometimes people mansplain because they’re trying to be impressive. But, you know what else is impressive? People who are interested, asking questions, and listening to women.

How do you try to combat mansplaining in your life? We want to hear from you! Leave a comment or join the discussion on Twitter.