5 Weird Things That Might Happen at Your Next Job Interview 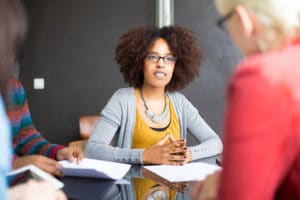 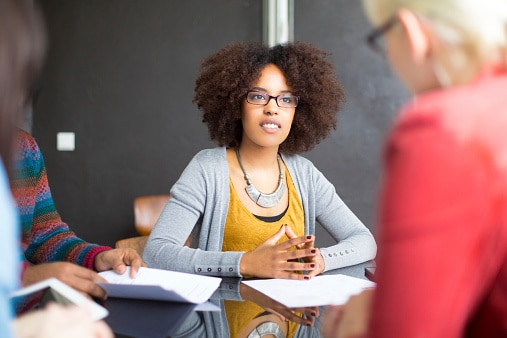 Job interviews are stressful enough when everything goes according to plan. When something unexpected happens, it can really throw you off of your game. It helps to be prepared for whatever might come your way. So, consider this list of weird things that could happen during your next interview beforehand. They just might come in handy.

You should head into an interview ready to answer all kinds of questions. You’ll likely be asked broad questions like, “Tell me about yourself,” as well as super-specific questions about your background, your passions and your skills. But, every once in a while, an interviewer just might hurl a super weird question your way. Something like, “If you were a punctuation mark, what kind of punctuation mark would you be?”

The truth is that some employers ask off-the-wall questions on purpose. They want to see if you can think on your feet and they want to get a sense for your personality. The trick is not to let it throw you. Do your best to answer the question in the spirit it was intended. “Oh, I’d be an exclamation point for sure. I’m very enthusiastic.”

Job candidates aren’t the only ones who should worry about saying the wrong thing during interviews. The people asking the questions also ought to be careful. But, not everyone follows the rules. One in five hiring managers say they’ve actually asked something illegal during an interview, according to a survey from CareerBuilder.

You should prepare yourself by learning what’s not OK to ask, and what you shouldn’t respond to, before sitting down for your interview. If any of these questions come up, politely decline to answer, and file the information away. You could learn something about the ethics of the company as a result of the experience.

3. Your nerves overwhelm you.

It’s not uncommon to get nervous during an interview. But, it’s never pleasant to feel like you’ve really lost your cool. If you find yourself stumbling, stammering, or otherwise fumbling around for the right words during your interview, take a deep breath and slow down. There are lots of ways to recover when a job interview is tanking fast. Take a beat. Ask for clarification when needed or correct yourself if you feel you made a wrong turn. And, no matter what, stay positive. Once you give up on the interview, it’s all over.

4. Someone gets on their phone.

You’ll turn your cellphone off before your interview, of course. However, that doesn’t stop someone you’re meeting with from becoming distracted by their own phone during your conversation. It’s more likely if you’re interviewing with more than one person. But, it can be pretty unnerving and distracting in either case just the same.

If this happens during your next interview, do all you can to not let it distract you. Carry on with your response as if you had your interviewer’s full attention. You could also try asking them a question in order to draw them back into the conversation.

It’s not a good sign when a job interview ends quickly. But, once an interviewer determines that the match isn’t a good fit, maybe it’s better that no one waste their time. One in three bosses say they know within 90 seconds whether or not they’ll hire someone. Ending the interview quickly is honest, and it allows you to get on with your search that much faster.

Have you ever had something strange happen during an interview? We want to hear from you! Leave a comment or join the discussion on Twitter.