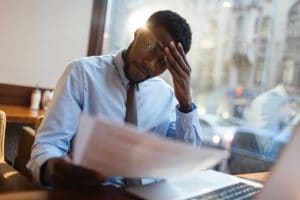 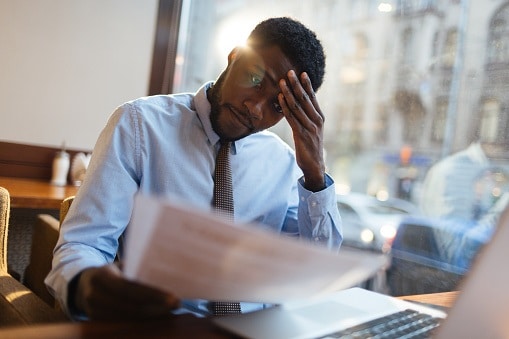 One person’s dream job is another’s nightmare. Often, it comes down to culture fit.

Company culture could be described as the identity of the organization – its personality. As a job seeker, part of your goal is to find and secure an offer from an employer with a similar personality to your own. If you’re outgoing and love socializing, you might love working somewhere that emphasizes collaboration and teamwork, perhaps in an open-plan office. If you’re introverted and self-directed, you might prefer to work alone, either in a cubicle or from home.

Working hours matter, too. At the beginning of your career, you might not mind putting in long days and working through the weekend. Later, if you have a family or an absorbing hobby outside of work, you might not want to be tied to the office 24/7.

It’s all about finding the right place for you. The job interview process offers opportunities to figure out whether a prospective employer is the right fit. In particular, pay attention to these red flags:

1. You’re Not Greeted as a Guest

As any career coach will remind you, a job interview is a chance for you to evaluate the potential employer as much as it’s a chance for them to interview you. They should want to make a good impression, and that means greeting you politely.

Note how you’re welcomed when you arrive, advises Carrie Maldonaldo at TopResume.

“When you arrive for the interview, what is your first impression?” she asks. “Is it warm and welcoming or cold and foreboding? Is there is a receptionist? If so, do they know to expect you or are they surprised by your presence? Are you offered a glass of water? All these little things speak volumes about the company culture.”

A little disorganization might not be a big deal, especially if you’re interviewing at a startup. But you should feel like you’re a welcome guest, not a surprise intruder.

2. The Interviewer Is Rude

Most likely, you know to mind your manners during a job interview. You probably wouldn’t dream of showing up late, or checking your phone obsessively, or slurping a beverage throughout the conversation. (Note: if you didn’t already know not to do these things, now you do.)

Let’s hope your interviewer shows the same courtesy. Because it’s truly amazing how many rude things some interviewers do during the hiring process.

For example, it’s not a good sign if the hiring manager lets you cool your heels in a conference room for half an hour after the interview was supposed to start and acts like it’s no big deal that you just wasted 30 minutes of your life.

Anyone can understand how an interviewer could be tied up and arrive five minutes late to fetch you from the lobby on the day of your job interview, or be interrupted and leave you sitting in a conference room or someone’s office for a minute or two.

If you are stuck waiting for an interviewer for 20 minutes, you have to ask, “Do I really want to work for these people?”

Should the interviewer find themselves unavoidably late, they do have a chance to redeem themselves, Ryan says. How? A simple, old-fashioned apology. You’re not looking for perfection, after all — just some common courtesy. Your time is valuable, too. The person you’re meeting with should act like they understand that.

3. You Ask Questions About Company Culture (and Don’t Like the Answers)

Many interviewers will ask questions designed to determine whether you’re a good fit for the company culture. Don’t be afraid to ask some of your own, with the same goal in mind.

At The Balance Careers, Alison Doyle recommends a few culture questions to ask your interviewer, including:

Then, listen to their answers — and believe what they’re telling you. For example, if your interviewer describes the company as a “hard-driving company that exceeds expectations” or similar, you might feel thrilled … or exhausted. Remember: company culture doesn’t have to be bad, per se, to be a bad fit for you.

4. The Hiring Team Isn’t on the Same Page With One Another

If you’re interviewing at a company that’s large enough to have an HR department, you’ll most likely talk to people in several different people during the process. You might start with a phone screen with a recruiter in Human Resources and progress to speaking with the hiring manager and perhaps a few other members of the team.

Listen to what you hear from each person involved in hiring. Are you hearing something different from HR than from the hiring manager? Does your potential boss present a very different set of goals and expectations than the folks who would be your peers or direct reports?

It’s not necessarily a deal-breaker, if so. There are plenty of great companies out there who have a few weak spots in their communication or hiring process. But it is a potential sign that things are in flux and not necessarily well-organized. That might indicate a period of growth — but then you should be able to handle dealing with that, before you sign on.

Disorganization on that level might also indicate that the company isn’t doing well. It’s worth doing some supplemental research during your interview prep in order to find out. Read recent news stories to see if the company is making the news for the wrong reasons — layoffs, shakeups on the executive team, financial problems. Look at mentions and hashtags related to the organization on social media.

Don’t take the trolls too seriously — there’s always someone willing to say something negative online — but do look for patterns of negative chatter about the employer.

5. Your Potential Teammates Look Like They’re Waiting at the DMV

Most interview processes include a tour of the office facilities. During yours, pay attention to the vibe you get from the folks in the office.

Do they seem happy and engaged with their work — or bummed out and beaten down? Anyone can have a bad day at work, but if everyone seems like they’d rather be almost anywhere else, that’s something you shouldn’t ignore. Misery is contagious.

You should also get a chance to speak with your potential colleagues at some point while you’re interviewing. When you do, ask them why they like working for the organization.

Ask why they like working there, besides “the people.” What do your interviewers like most about their job? How long have they been working there? What’s turnover like; why is this position available?

In addition to observing, listening and paying close attention to body language, note what the interviewers aren’t telling you. If a job description seems vague and you’re asking specific questions about the role and getting even more vague answers, run – don’t walk – to the nearest exit.

6. The Employer Boasts About Certain Perks

Unemployment is low and competition for qualified workers is stiff. It’s no surprise that companies are willing to offer an increasingly dazzling array of perks to employees. But sometimes, those perks are a trap.

Be alert if many of the perks seem designed to keep you at the office, e.g. free food and on-site services like gyms and medical centers. Again, you should be able to speak with potential colleagues at some point during the hiring process and that will give you a chance to determine whether these perks are a plus or a minus when it comes to work-life balance.

While it might not be politically savvy to come right out and ask, “Hey, do you ever get to leave this place?” you can certainly ask them to describe a typical day at the office. They might not tell you outright that they arrive when the chickens get up and leave when late-night hosts are doing their monologues, but you’ll probably get some indications of what kind of day you’d be signing up for.

7. The Commute Left You Flustered

Did you barrel into the meeting with your carefully chosen interview outfit askew, drenched in sweat and spilling papers everywhere? It might not be your fault. Even the best interview prep can fail in the face of a horrible commute.

Workopolis explains how a bad commute can become a culture problem:

Okay, the commute is not necessarily a part of the company culture, but where they choose to locate says something about an organization’s values, and it will have a huge impact on your quality of life. Keep it in mind when sizing up an opportunity.

Research has shown that longer commutes are associated with lower job satisfaction. One study showed that adding just 20 minutes to your daily commute has the same impact on job satisfaction as a 19 percent pay cut.

So, pay attention when you’re traveling to your interview. Think about how long it will take to get to work and how you’ll make the trip. Will you have to switch to a less enjoyable form of transportation, or travel to a part of town that’s more difficult to get to … or less fun to be in? What do your lunch options look like? Will your new commute make it harder to get to the gym or to your child’s daycare for pickup?

The destination may be worth the trip, but it’s worth asking yourself how much trouble it will be to get there each day before you commit.

Have you spotted any of these red flags during a job interview? We want to hear from you. Share your story in the comments or join the conversation on Twitter.