Here’s How to Network Strategically (Even If You Hate Networking) 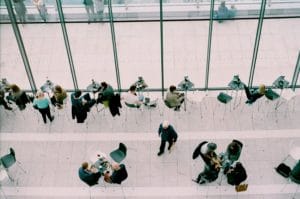 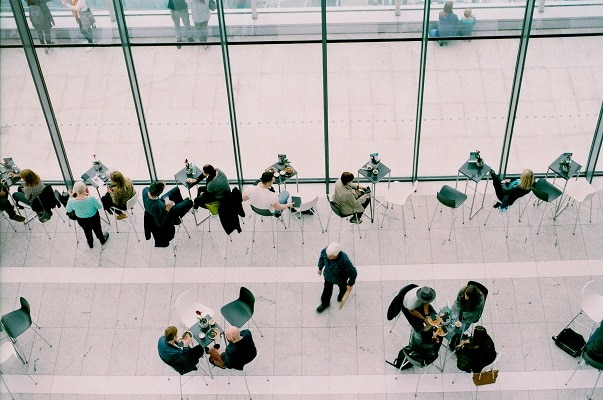 I used to hate networking. For many professionals, networking is a four-letter word, about as enjoyable as overnight layovers. It conjures images of awkward luncheons, stiff happy hours, bad food, and speed dating-esque encounters where you have the same conversation 20 different times. But there’s a secret to the practice that makes it not just bearable, but more effective. Enjoyable, even. And it all starts with knowing how to network strategically.

Networking gets a bad rap — if only because many professionals don’t know how to approach it properly. The way I see it, there are two main types of networking. First, there’s the kind you do because you have to, because it’s mandated by your company, appropriate in a given context, or happening out of sheer desperation (like sending cold emails when you’re on the job hunt). But on the other hand, there’s the type of networking you elect to do — networking that’s set up on your terms and in a setting that feels comfortable. When done properly, it can actually be fun. And might even get you on the fast track to your next role or project.

Hate networking? Maybe you're going about it the wrong way for you.

1. Stay in Your Comfort Zone.

I’m going to say something that many thought leaders would probably laugh at: when it comes to networking, stay in your comfort zone. Why? Quite simply, it’s your fastest route to your end goal. If you end up at a giant networking event where you feel totally out of place and don’t know a single soul, unless you’re a hard extrovert, you’re probably going to spend the evening stuck to wall like a shy kid at a seventh grade dance.

And truth be told, what good does this do you? You might run across a few fellow wallflowers and strike up a polite, commiserating conversation, but that’s not what you came for. And it might honestly do more harm than good. When it comes to networking, choose events where you know you’ll feel comfortable. Maybe that means attending a wine tasting. Perhaps you belong in a professional running club. In any case, find a form of networking that plays to your strengths, and start there.

2. Play to Your Strengths.

And on that note, what you lead with is just as important as where you do it. If you’re a well-connected person, use this to your advantage when networking. Help connected other would-be contacts in exchange for an introduction of your own. If there’s a way for you to offer a bit of your time to a project that’ll make a huge difference to someone else, consider doing so in the name of networking. (Careful here. Nobody likes to work for free.)

“Networking” doesn’t always have to be you in a room making the rounds, chatting up strangers. Networking can be you helping organize an event, donating some artwork, hosting a party, grabbing a coffee, or chatting up vendors at a market. Whatever you’re good at, seek out the people who’ll appreciate it, and see how you can help each other.

If the idea of jumping into a sea of people you don’t know feels slightly overwhelming to you, try joining a community instead. This can be IRL or online — whichever arena helps you feel more comfortable.

Networking used to be one of the ugliest aspects of my job for me until I switched my thinking and found the right community. Once I joined Ladies Get Paid — an online network of working women trying to get paid what they’re worth — networking switched from something I had to do to something I wanted to do. I now pop into the group on the daily, and when I do so, it feels a lot less like networking, and a lot more like having great, open, honest conversations with other women like me.

When it comes to networking, one of the worst things you can do is go in blind. Before you sign up for any network event, link up with a community, or join an online group, spend some time thinking about what you want to get out of it. This doesn’t have to be major — it can be as simple as a few contacts, two new job leads, or feedback on your resume.

Before you jump in, figure out what you’re looking for, and figure out the best way to get it. But networking is a two-way street: while you’re figuring that out, spend some thinking about what you can offer in return, too.

Have you learned to love networking? Tell us how you did it in the comments, or join the conversation on Twitter.