If You Don’t Enjoy Being Yelled at, Don’t Work in These Industries [infographic] 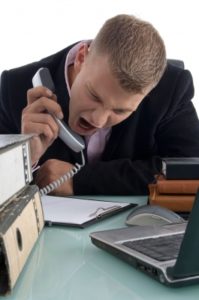 Seattle-based mobile advertising firm Marchex decided to rank the jobs that get yelled at the most over the phone. They found that folks working in tech could expect to get chewed out more than almost any other job. 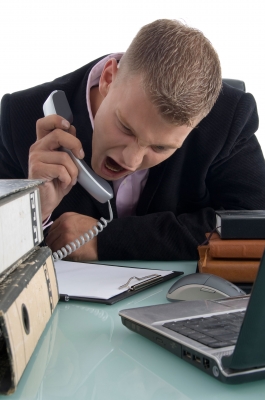 “We conclude that television providers prompt consumer ire for two reasons,” writes John Busby, Senior Vice President of the Marchex Institute, on the company’s blog. “First, long hold times are frustrating and some of the cursing the study detected was during these wait times. Second, consumers don’t appreciate being surprised about price or level of service and want products and services with easy-to-understand pricing.”

Third, we might add, it appears to be nearly impossible to do actual tech support over the phone. If we had a nickel for every time we had to schedule an appointment with a repair person instead … but perhaps we digress. (No need to start cussing in this space.)

Some of the jobs on the list were more surprising than others. For example, it’s not hard to figure out why tow truck drivers hear a lot of obscenities from their already-stressed clientele, but we weren’t expecting to see florists on the list, or folks who work at veterinary clinics.

Regardless of the job, men were more likely to yell than women, according to the study: 64 percent of the cussin’ conversations were with male customers, while 34 percent were with women.

Where you live might have some bearing on the study’s results, too. In a previous study, Marchex found that Ohioans cursed the most of any U.S. residents, while Washingtonians cursed the least.

Have you ever had a job where people yelled at you all the time? We want to hear from you! Leave a comment or join the discussion on Twitter.