Working at SpaceX: Low Pay, High Stress and a Chance to Be Part of History 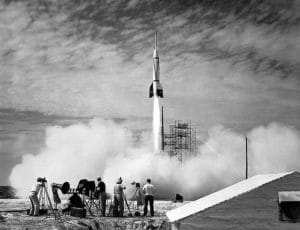 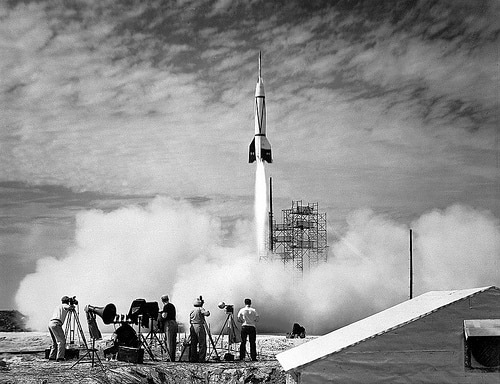 Who hasn’t dreamed of playing an integral role in mankind’s exploration of space? The first written story of space travel appeared in the early 17th century, but cave paintings and hieroglyphics dating back tens of thousands of years seemingly reference rockets, spaceships and interstellar travelers. The 18th best television show of all time — according to Rolling Stone — is Star Trek, perhaps the definitive story of space exploration. And the 9th greatest movie of all time — according to the Hollywood Reporter — is 2001: A Space Odyssey. (Star Wars comes in at number 11.)

Elon Musk and his employees at Space Exploration Technologies Corporation — better known as SpaceX — get to live out that dream.

As written on the Los Angeles-area company’s website, “SpaceX manufactures and launches advanced rockets and spacecraft. The company was founded in 2002 to revolutionize space technology, with the ultimate goal of enabling people to live on other planets.”

For decades, the only game in town when it came to working in space exploration were state-sponsored programs like the National Aeronautics and Space Administration (NASA), Russia’s Roscosmos State Corporation for Space Activities (shortened to “Roscosmos,” and formerly known as the Russian Aviation and Space Agency) and the China National Space Administration (CNSA). But the founding of a handful of privately owned companies in the 2000s — including SpaceX — means you no longer have to take a government job if you want to toe the starting line of the space race.

Fifteen years after it was founded, SpaceX is among the leaders in spacecraft development (as is rival billionaire Jeff Bezos’ Blue Origin). As described in The New York Times, the company “is best known for Mr. Musk’s goal of colonizing Mars, but it is also a key player in the business of sending commercial satellites into space.” Its Falcon9 rockets have been launched 38 times since the first launch in 2010, with only one mission failure resulting in a rocket destruction.

SpaceX is also, “one of the most valuable privately held companies in the world,” with a valuation of around $21 billion.

What’s it like to work at SpaceX? According to former employee Josh Boehm:

There are almost no private offices, as just about everyone has a cubicle, including Elon. You get pretty much full access to the factory, and can walk around and explore on your breaks. It’s amazing to be able to see the process of building a rocket, basically from start to finish. They even have cameras set around the factory, so you can watch what’s going on from your desk…. Depending on your department the culture can be quite different. My department was pretty flexible about where and when you work, just so long as you got your work done, where as other departments had ‘time cops’ and you have to clock in and out…. Communication is very open, and even Elon is approachable if you have a good reason.

But that flexibility is paired with a heavy workload and a high level of stress:

While no one will be forcing you to, you’ll end up working crazy long hours, just to keep up with your workload, and because you don’t want to leave the place. A phrase I’ve heard thrown around SpaceX frequently is everyone is their own slave driver. I was frequently there late at night for my job, and I never really felt alone. The factory is always alive and cranking out rockets no matter what time of day or night you go there.

Of the 52 companies we surveyed, employees of SpaceX reported the highest level of stress attributed to their job; 86 percent of SpaceX employees reported that their work environment was “Fairly stressful” or “Extremely stressful” when asked “How stressful is your job/work environment?” That’s more stressful than the infamously stressful Amazon (64 percent) — and this is despite the fact that the the median mid-career salary at SpaceX is last on our list, at $80,000. (The top-ranked company on our list based on median mid-career salary is Zendesk, at $186,000.)

Of 52 companies surveyed, employees of SpaceX reported the highest level of stress.

But SpaceX employees clearly aren’t in it for the money. Again, according to our data, employees of the company report the highest job meaning of any of the companies we surveyed. Ninety percent of SpaceX respondents answered “Very much so” or “Yes” to the question, “Does your work make the world a better place?”

Boehm’s account of his time with the company matches up with our findings:

The job satisfaction and team camaraderie is like nowhere else. Every time there is a launch, everyone crowds around mission control and cheers it on. Getting your mission patch after a launch was always a very satisfying feeling. If there was ever a failure, you definitely felt it in the air, but it wouldn’t stop any of us from working or demotivate us…. If you’re considering working for SpaceX, I would highly recommend pursuing it, as it’s an incredibly rewarding experience.

No surprise here. “Space, the final frontier,” is ripe for exploration and colonization, and playing even a small part in that historic undertaking is the dream of millions.

SpaceX employees aren’t in it for the money; employees report the highest job meaning in our survey.

If you’re interested in working for SpaceX, you can view the job openings on their website, here.

With any luck, you’ll land the job of your dreams and launch your career into the future.

Do you want to take part in the space race by working for a space exploration company? Tell us your thoughts in the comments or join the conversation on Twitter.