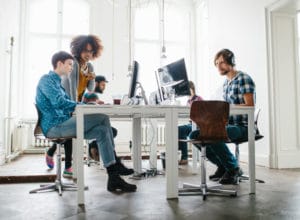 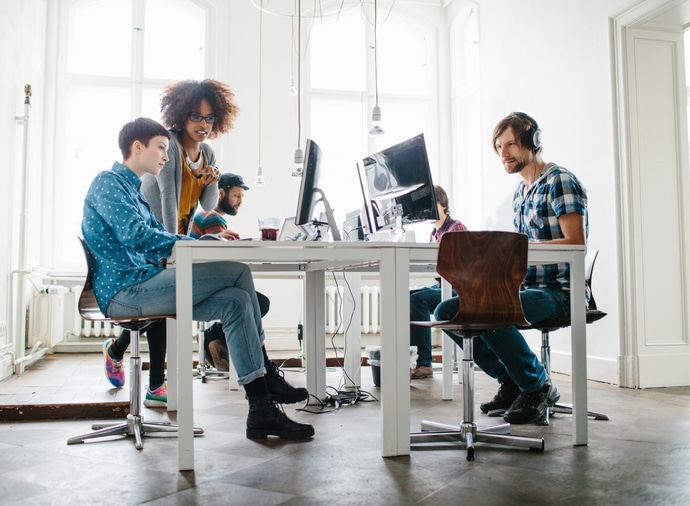 Millennials, amirite? With their participation trophies and their entitlement and their fickle job-hopping ways. In our day, we knew how to be loyal and wait for gratification (or at least, raises and promotions). These kids today wouldn’t know hard work if it bit them in the emojis or whatever.

There’s just one problem: all of that is nonsense.

An increasing body of evidence shows that millennials are far from lazy. In fact, despite having fewer opportunities than previous generations, they’ve shaped up to be pretty hard workers.

Millennials Want to Be “Work Martyrs”

Earlier this year, Project: Time Off conducted a survey of 5,641 American workers to determine attitudes toward work and vacation time. (Project: Time Off is owned by the U.S. Travel Association.)

Their findings will surprise anyone who steeps themselves in stories about work-life balance: 39 percent of respondents said they wanted to be seen by their boss as a “work martyr,” i.e. someone who doesn’t take vacation time and is completely dedicated to their job.

Millennials were far more likely to aspire to work martyrdom than other generations. Nearly half (48 percent) of workers born between 1981 and 1997 said they wanted to be perceived as having this kind of all-compassing dedication. Only 39 percent of Gen Xers and 32 percent of baby boomers said the same.

The Bureau of Labor Statistics’ Employee Tenure Survey shows that younger workers are indeed likely to stay at a job for less time than older workers. The median tenure for workers aged 25 to 34 was 2.8 years in January 2016, for example, while the median tenure for workers aged 35 to 44 years was 4.9 years during the same month. But that’s not necessarily a function of generation as much as it’s a function of age — younger workers have always been more likely than older workers to stay at jobs for less time.

“The myth of the job-hopping millennial is just that — a myth,” wrote Ben Casselman at FiveThirtyEight in May 2015. “The data consistently shows that today’s young people are actually less professionally itinerant than previous generations. …Younger workers do tend to change jobs more often than older workers, but that’s always been true. Numbers on job tenure for Americans in their 20s were almost exactly the same in the 1980s as they are today.”

Why Are Millennials Working So Hard?

If we accept that millennials aren’t the lazy moochers of popular myth, the next question is obvious: why do younger workers feel compelled to work so hard? In short, it’s a combination of the economy, which has been challenging (to say the least) for their entire careers, and student loan debt.

“Even though the economy has improved markedly in recent years, young people in the workforce today have record levels of student loan debt,” writes Katie Johnston at The Boston Globe. “They are also less likely than previous generations to earn more than their parents, according to a Stanford University report. The percentage of children who are better off than their parents has dropped dramatically — 50 percent of those born in the 1980s have a higher standard of living than their parents, compared with 90 percent of those born in the 1940s.”

In short, younger workers have more debt, and fewer opportunities, and earn wages that have less buying power than previous generations earned in their youth. If anything, they work too hard and get too little for the work they put in. As far as myths and memes are concerned, it appears that Old Economy Steve beats The Lazy Millennial:

What’s the most prevalent myth about your generation — and do you agree or disagree? We want to hear from you. Tell us your thoughts in the comments or join the conversation on Twitter.