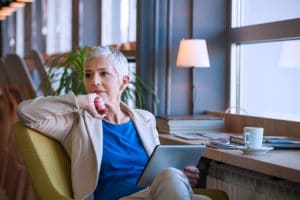 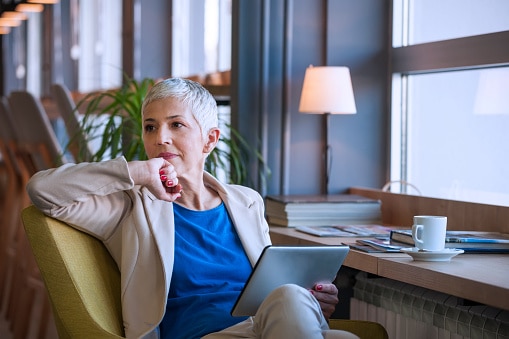 Every worker dreams about what it would be like to enjoy a secure retirement. For some, the fantasy will become a reality, while others might not be as lucky. Of course, wishing and hoping isn’t the way to prepare for the future. A financially secure retirement requires foresight and planning. But, for many, that’s much easier said than done. According to a new study from CareerBuilder, a significant percentage of mature workers are delaying retirement, or don’t believe they’ll ever get there.

Many workers over 60 aren’t about to retire.

Harris Poll conducted this survey on behalf of CareerBuilder during February and March of 2017. The survey was completed by 3,215 full-time private sector U.S. workers from various industries. Over 550 of those surveyed were over the age of 60.

Twenty percent of workers over 60 said they don’t think they’ll ever be able to retire. And, another 30 percent of workers in this age group said they plan to retire at the age of 70 or later. Delaying retirement can happen for a lot of reasons, but of course, financial motivations tend to top the list.

20 percent of workers over 60 said they don't think they'll ever be able to retire.

“Faced with the expectations of living healthier for longer, older adults may opt to remain in the workforce for longer and defer savings, pensions, and Social Security for older age,” Rosemary Haefner, chief human resource officer for CareerBuilder, told PR Newswire. “This increased workforce participation for older adults has implications for retirement policy, health care financing, Social Security and the behavior of employers and employees alike.”

But, do workers know how much they should save?

It’s difficult to plan and prepare for retirement. If you’re not sure how much you should be saving, the difficulty is compounded. According to the results of this survey, 34 percent of workers over the age of 60 say they aren’t sure how much they should be putting away. Another 17 percent said it would take more than one million dollars to retire comfortably. Twenty-five percent said it would cost between $500,000 and one million. And, 24 percent said they could retire with less than $500,000 saved.

Traditionally, financial advisors say people should try to save at least one million dollars in order to secure a comfortable retirement. However, the average savings is more like $100,000 to $150,000 among older workers. As life expectancy and cost of living rises, workers should try to put even more away now than was typically recommended in the past.

Mature workers want to prepare, but it isn’t easy.

When workers over the age of 55 were asked about retirement accounts, 26 percent said they do not participate in any 401(k), IRA, or other retirement plan. It’s difficult to put money away when there isn’t enough coming in, and 74 percent of workers in this age group say they aren’t earning their desired salary and that their making plans to try and change that. Eight percent of workers over 55 started a second job last year. And, 12 percent said they plan to change jobs this year.

Planning for a financially secure retirement isn’t getting any easier. And, many mature workers on the cusp of traditional retirement age aren’t thinking about taking the leap any time soon, largely because of these difficulties. Workers of all ages should learn more about how to prepare for retirement. There are important and helpful steps that can be taken at any age. But, of course, it helps to get started as soon as possible.

When do you think you’ll retire? We want to hear from you! Leave a comment or join the discussion on Twitter.