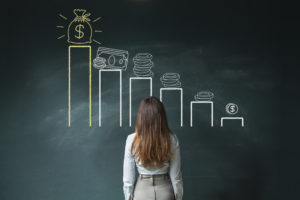 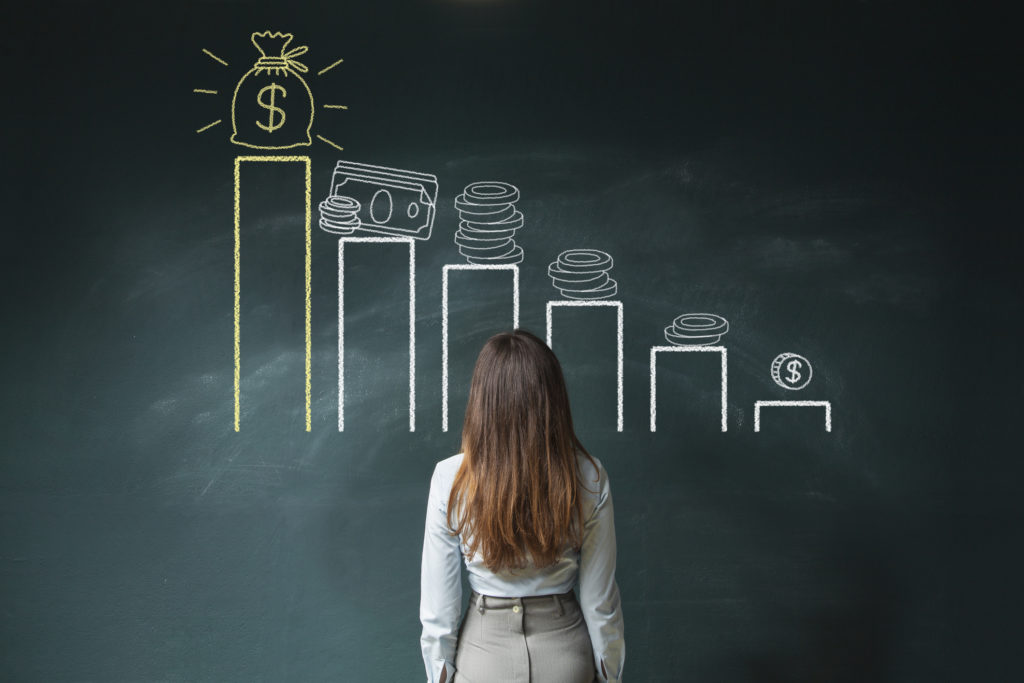 Escalating inflation coupled with an increasingly competitive labor market have made retaining employees more critical than ever. But, finding a way to keep retention numbers high and keep payroll within budget can be a challenging balancing act, even for seasoned employers. When is the right time to increase salaries, what do employees expect, and how much should those increases be—if they’re even necessary at all?

How much is the average annual salary increase?

Over the past decade, the average annual salary increase has hovered between 3 to 5 percent. That said, it’s important to note that a variety of factors can impact those annual raise amounts, ranging from occupation and industry to whether that raise is given as part of a promotion, or a new role or title.

In addition, Payscale’s Annual Compensation Best Practices Report shows that the COVID-19 pandemic and its aftermath have also had a significant impact on salary increases, as well.
According to the report, in 2019, 82 percent of companies increased employee base pay with two-thirds of those giving raises of 3 percent or less. In 2020, the number of companies giving raises decreased from 82 percent to just 63.7 percent.

To quote directly from the Payscale 2021 Report:

In addition to amount, employers should look at the types of raises they want to give, and the rationale behind them. These different raises could include:

This year, with the economic impact of the COVID-19 pandemic, inflation rates are significantly rising. According to the Bureau of Labor Statistics, the Consumer Price Index, which measures the average change over time in the prices paid by urban consumers for a market basket of goods and services, like housing, clothing, food, recreation and medical care, shows an inflation rate of 5.3 percent from 2020—2021 (as of September 2021).

This means that if employers give employees a 5 percent pay raise, they can maintain the same level of buying power that they had the previous year. Given that the average annual pay raise is typically less than 5 percent, employers (and employees) may find themselves in a difficult predicament this year.

Merit pay raises, or performance-based pay raises, are given as rewards for excellent work from an employee. Employers use these types of increases to keep top-performing employees engaged and motivated, and let them know, in a very tangible way, that they are appreciated.

Data shows that an employee’s work really does matter when it comes to how much they receive in a merit-based pay increase. The WorldatWork Salary Budget Survey 2019-2020 showed that organizations budgeted a 3.6 percent pay increase for high performers, 2.5 percent for middle performers, and 0.6 percent for low performers.

An equity raise is used to ensure that employees receive equal pay for equal work. This has been an emphasis particularly in combating the gender wage gap. In 2021, Payscale’s research found that women earned 82 cents for every dollar earned by men, and that similar, racial pay gaps are prevalent, as well.

According to Payscale’s Diversity, Equity, and Inclusion (DEI) report:

Equity raises can be used to combat these wage gaps and restore fair pay throughout the organization. This effort to ensure equal treatment in the workplace can also be an incentive to attracting new talent.

Equity raises can also be given in a few other scenarios, including salary compression issues, including:

Equity raises are also in order when a casual employee—one who only works as needed with no guarantee of hours or future work—transitions to a full-time position with the company.

Unlike a merit-based pay increase, which increases employee pay based on performance, without changing his or her current position in the company, a promotion is typically a pay increase accompanied by a new title and an increase in responsibilities. For instance, promoting someone from an individual performer to a supervisory role that includes managing direct reports, budgetary responsibility or added accountability would be considered a promotion and likely include a pay increase.

In addition to varying reasons why employers increase pay for employees, the amount of those pay increases also can vary, based on a number of different factors, including geographic location, industry, experience level, and the economy.

The growth and economic health of the employer’s geographic location plays a factor in pay raises and pay increase amounts.

We recommend taking a look at the Payscale Index, which tracks quarterly changes in total cash compensation for full-time, private industry employees in 19 job categories, three company sizes and 15 industries across 32 major Metropolitan Statistical Areas (MSAs) in the United States. This is a valuable and helpful resource to understanding how your specific location may affect how you offer pay increases to your employees.

Most employers conduct performance reviews or performance appraisals with their employees annually or semi-annually to discuss achievements, highlight areas for improvement and set goals for the coming months or year. Based on how employees meet or exceed these goals can help determine their pay raise amount

The trajectories of the local and national economy can have an impact on salary increase amounts. Recessions, for example, could cause companies to decrease pay raises when they see decreases in company sales or lackluster growth.

Learn more about the economic impact on wages and raises in Payscale’s Compensation Best Practices Report.

When to give an employee a raise

Deciding when to give employees a raise can take a combination of soft skills and hard data. For example, many organizations utilize technology to track activity, identify which employees are generating the most leads or handling the highest volume of work, and factor this data into their salary increase plan. Payroll software can also determine what you’re paying employees, and when they last had a raise.

Employers can give raises based on a number of additional factors, including:

These are only some of the catalysts or events that could trigger a salary increase.

As an employer, it’s important to be cognizant of one vital fact: typically, changing jobs is one of the fastest ways an employee can get a pay raise. In fact, the Workforce Vitality Report produced by Automatic Data Processing (ADP), shows that job-switchers earn an average of 4.9 percent year-over-year, while jobholders see a wage growth of 4.5 percent. However, it’s not the same in every region, or in every industry:

However, by proactively providing merit increases, COLAs, and ensuring your talent is paid fairly and equitably, you can give your employees good reasons to stay with your company, and not go looking elsewhere.

For more information and insights, please check out Payscale’s guide on how to increase employee retention. 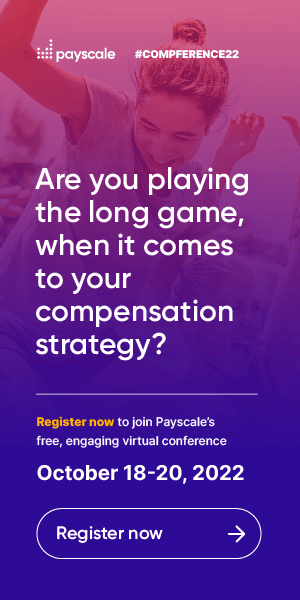 Get faster access to market data with tools to improve fair pay practices.