Research from Payscale reveals that employees are 50 percent more likely to leave if they believe they are paid below market, even if they aren’t. However, pay transparency decreases intent to leave.

Everyone wants to be paid fairly for their work. Unfortunately, how pay is determined and what constitutes fair pay is frequently a mystery to most employees. Employees tend to believe they are underpaid when they are paid at market or even when they are paid above market.

It stands to reason that when employees perceive that they are underpaid, they are more likely to seek opportunity elsewhere. Does that mean pay transparency can reduce unproductive turnover?

To find out, Payscale conducted a study analyzing the impact of pay perception, market penetration, and pay transparency on retention. We also evaluate to what degree respondents accurately perceive their pay.

Our analysis was conducted using 383,609 responses to Payscale’s online salary survey taken between May 2017 and May 2021, where respondents provided salary, job, and demographic information and responded to the following questions:

The results of our study show that employees have no idea whether or not they are paid fairly. It also shows that perception of fair pay impacts retention more than market penetration. Finally, our research demonstrates that pay transparency reduces the likelihood that employees will seek a new job.

Employees Don’t Know if They Are Paid Fairly

Do People Know if They are Paid Fairly?

This indicates that employers still have a lot of work to do around pay communications and pay transparency.

But are there benefits to doing so?

Moreover, we found that market penetration, or how one is actually paid compared to market, does not have a statistically significant impact on retention. We evaluated a respondent’s salary by their job title and years of experience to determine if they were truly paid below, at or above market.

Job Seeker Behavior Does Not Change With Market Penetration

It is perception of whether or not pay is fair that impacts whether an employee will stay with the company or start looking for other opportunities. Again, this emphasizes the importance of pay communications. However, according to Payscale’s Compensation Best Practices Report (CBPR), a majority of organizations (57.8 percent) do not train managers on pay communications.

From there, organizations are better positioned to pursue pay transparency.

Download our whitepaper on how to up-level your compensation strategy. 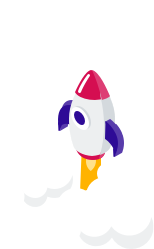 Impact of Pay Transparency on Intent to Leave

Interestingly, a level 4 pay transparency slightly outperforms a level 5 pay transparency for intent to leave. This may be because high pay transparency could be detrimental to pay perception in some unique ways. For example, high transparency may cause some employees to feel dissatisfied when comparing their salary to what other employees are making or validate that they truly are paid below market.

Overall, though, pay transparency of level 4 or 5 outperforms a level 3 and below when it comes to intent to search for a new position.

Unfortunately, 78 percent of respondents described their organization’s transparency as a level 3 or below, meaning that the vast majority of organizations are putting retention of their workers at risk by not being fair and transparent about pay. This means that one concrete thing employers can do to increase employee retention is level up their compensation strategy and become more transparent about how they pay.

How Pay is Determined at my Company is a Transparent Process

To determine impact of selected variables on retention, we employed a logistic regression model where intent to seek a new job in the next 6 months was the dependent variable. Market penetration was determined as a respondent’s reported Total Cash Compensation being above,  at , or below the national median for their job and experience level.

Median Pay: The median pay is the national median (50th percentile) annual total cash compensation. Half the people doing the job earn more than the median, while half earn less.

True Market Position: A respondent’s pay relative to the market, which is based at the national median for their job and experience level. This has 3 potential outcomes:

Poor Pay Perception: Respondents that think their current pay is below average compared to other employees like them.

Transparency Level: The level a respondent reported for their employer on the pay transparency spectrum (likert 1-5).

Our research shows that perception of being paid below market increases intent to leave, even when employees are actually paid at or above market. Organizations can take steps to measure these risk factors and also mitigate them with pay communications and increased pay transparency. Our full report also provides additional data on how organizations are experiencing turnover and what strategies they are using to retain employees.