9 Ways You Know It’s Time to Quit Your Job 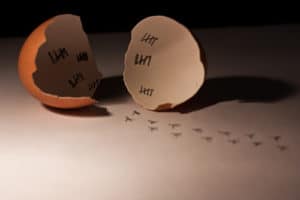 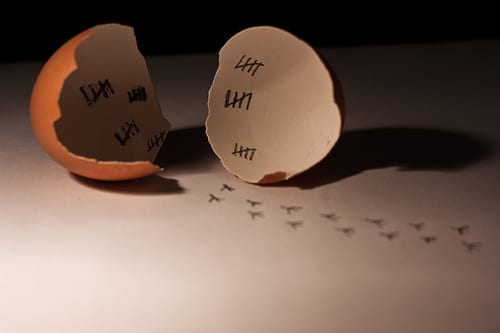 There’s nothing worse than sticking it out at a job that’s just not doing it for you. Whether you feel trapped in your role, aren’t getting along with a manager, or feel like you aren’t being compensated fairly, powering through a bad fit can really take it out of you. But how do you know when it’s time to move on?

1. You aren’t being given responsibility.

While there’s definitely something to be said for mastering a skill and being groomed for leadership. If you’ve been with an organization for more than 18 months and they haven’t started the conversation about added responsibility or additional compensation, it’s probably time to bring it up. And if they seem unwilling to open the dialogue, or drag their feet when you ask for specific benchmarks for moving forward, it might be time to quit your job.

2. …And the ones you’ve had are changing.

Another subtle clue that it might be time to quit your job is unwarranted “off-loading.” While it’s helpful to have a lightened load, pay attention to what’s being taken off your plate. If it’s a function you feel well-suited for, or aren’t necessarily trying to give up, this could be a subtle sign that they’re grooming another employee (or new position) to absorb your responsibilities. To keep the lines of communication clear, try checking in with your manager to see where you can prioritize your strengths and contributions; being left out of that conversation can be sketchy sign.

3. You’ve been passed up for a promotion.

There’s a saying that I lean in on my life, both personally and professionally: if you’re afraid of something happening, it probably already has. If, after a few months, that promotion you’ve been promised still hasn’t come to fruition, it’s probably not going to. Set a meeting with your boss to talk about a transition timeline, and tell them that you’d like to be in a role with more responsibility in the next 8-12 weeks. If they still sidestep the issue, it’s probably time to look for a new job.

4. You find out a colleague is being paid more than you are for the same work.

Everyone wants to feel good about what they’re being paid, but if you happen discover that you’re being paid less than a colleague for the same work, take a deep breath, sleep on it (very important), take the PayScale Salary Survey to make sure you know what you’re worth, then ask your manager for some face-time and see if the situation can be remedied. If not, you guessed it: time to start looking for your next job.

5. You’re blowing your own scope.

While there are certainly advantages to being a full-time employee (health insurance, 401K, paid time off, access to resources, free snacks…), it’s important to keep the perks in perspective. No project is worth going into the red for, right? The same can be said for going into the red on time and energy at work. While some industries might be more upfront about burning the midnight oil, if you find yourself in the office more than you’re outside of it, it’s probably time to quit your job.

If you find yourself in the office more than you’re outside of it, it’s probably time to quit.

The gig economy has given professionals tons of flexibility in how they work, including more agile work situations, freelance roles and remote opportunities. But even on your worst days working full-time, trading a 40-hour work week for the great unknown can be terrifying. Still, if you find yourself dreaming of an office that overlooks the ocean, a makeshift set up in a neighborhood coffee shop, or the freedom to plan your work on your terms, it might be time to quit your job.

7. The work structure feels too flat.

While a super flat work structure might sound enticing in an interview (“yeah, we all just wear a bunch of hats and kind of do our thing…”), a lack of organizational hierarchy can mean big trouble when it comes time to make decisions, troubleshoot staff problems, or strategize for growth. Too much flatness can actually hinder your ability to move up in the company. Think of it this way: if there’s nowhere to go, how will you get there? If it’s hard to identify an upward trajectory in your role, it might be time to find something else.

8. Nobody can articulate the mission of the company to you.

There’s a trend in business that I like to call “crush it culture.” Basically, it’s where making money takes precedence over everything else, including doing quality work, being responsible to employees or clients, or having any kind of big picture vision. If you find yourself questioning the future of the company, your involvement in it, or the integrity of the work you’re doing, it’s probably time to quit your job.

Here’s the surest way to know that it’s time to quit your job: you just aren’t that into it. Don’t get me wrong — we live in a world where you have to have a job, but in the age of car services, coffee shops on every corner, digital publishing, consulting, dog-walking, closet organization, translating, etc., there are literally thousands of jobs to be filled. Whichever way you slice it, there’s really no need to work at a job you hate. If you find yourself in a role that just isn’t a fit for you, take it from me: go ahead and quit that job. (After lining up some other source of income, of course.) It’s scary, but it’s usually worth it.

Want to know more about the common reasons an employee leaves their job? Check out PayScale’s newly released study Why They Quit You: Top Reasons An Employee Leaves

When do you know it’s time to quit your job and move on? We want to hear from you. Tell us your thoughts in the comments or join the conversation on Twitter.

This post was updated from an earlier version previously published on PayScale.