This Mister Rogers Speech Is All the Career Advice You Need 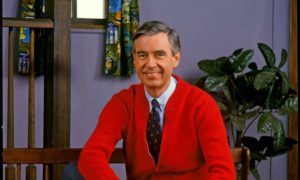 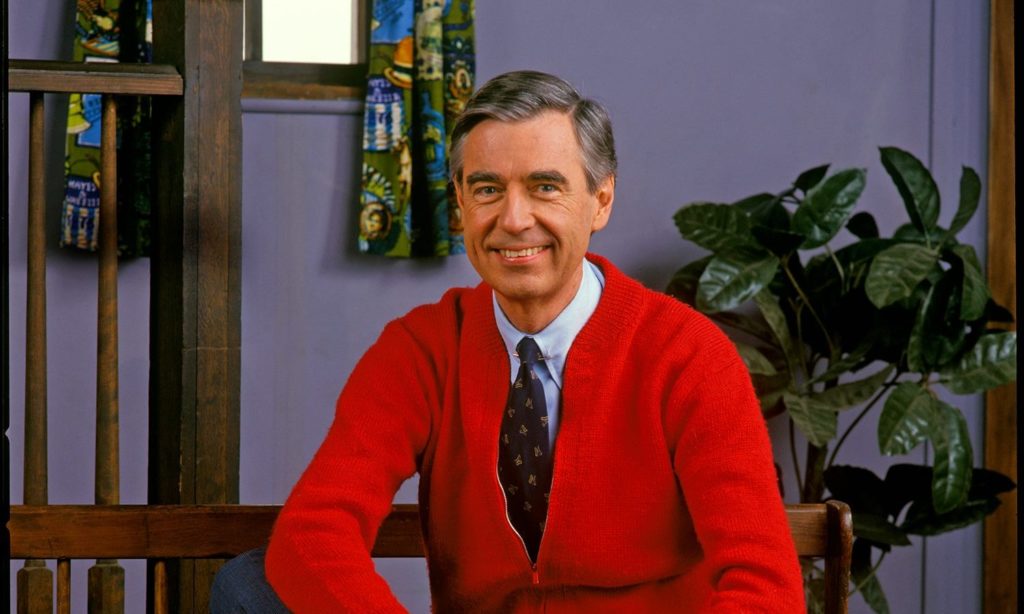 In 2002, Fred Rogers — known to children and former children all over the world as Mister Rogers from “Mister Rogers’ Neighborhood” — gave his last commencement address at Dartmouth College, which he attended in the 1940s.

And although he might have written his remarks for the graduating class and their loved ones, his advice, as usual, is universal. Covering change, progress, creativity, silence and the value of helping each other throughout our lives, his speech offers inspiration and guidance for anyone who’s starting a new adventure … or who has temporarily lost their way.

If you’re struggling with your career or your life’s purpose, you couldn’t make a better investment than spending 15 or so minutes watching (or reading) this right now. In particular, these parts may prove helpful:

1. “Some Things Change for the Better”

Dartmouth became a coeducational institution in 1972 — decades after Rogers attended. Indeed, he notes in his speech that many areas of education, business and leadership were closed off to women when he was a student:

I’m not sure if [then-Governor] Jeanne Shaheen was even born yet, but very few people would have guessed that within 50 years, a woman would be governor of New Hampshire. Yes. When I was here, the first word of the alma mater was “Men. Men of Dartmouth give a rouse.” Well, now the first word is “Dear.” Some things change for the better.

Of course, women still hold fewer executive and leadership roles than men, even in 2019. But it’s worth noting how far we’ve come, even as we strive to close the opportunity gap. And it’s good to remember that things do change for the better.

2. Someone Will See the Best in You

Mentors aren’t just people who show you the ropes and connect you with opportunities. The best mentors also see things in you that you might not see in yourself. Here’s Mister Rogers on a teacher who did that for him:

…[I had] an astronomy professor, George Dimitrov, who looked for and found what was best in each of his students. When I look at the night sky, I still think of that extra special, kind man.

You can also be that for someone else, helping a mentee see their strengths. The person you help might one day look back on your insight as formative to their life and career.

3. More Things Unite Us than Divide Us

Working as part of a team means finding ways to connect with people who have very different goals, backgrounds and ways of expressing themselves. When you’re having trouble connecting with people who seem very different from you, it can help to remember that all human beings have more in common with one another than it often seems at first glance.

Here’s a particularly beautiful part of the speech:

Our world hangs like a magnificent jewel in the vastness of space. Every one of us is a part of that jewel. A facet of that jewel. And in the perspective of infinity, our differences are infinitesimal. We are intimately related. May we never even pretend that we are not.

4. Help Others (and Accept Help When You Need It)

It’s often said that the best way to network is to help others. But lending a hand is more than just an expedient means to an end. It can help make your whole life better, outside of work as well as at the office.

In his commencement address, Rogers told a story about an event at the Seattle Special Olympics. During the 100-yard dash, one of the nine contestants fell down, hurting his knee. When the other children heard him crying, they turned around and helped him instead of continuing the race:

Every one of them ran back to him. One little girl with Down Syndrome bent down and kissed the boy, and said, “This’ll make it better.” The little boy got up, and he and the rest of the runners linked their arms together, and joyfully walked to the finish line. They all finished the race at the same time. And when they did, everyone in that stadium stood up, and clapped, and whistled, and cheered for a long, long time.

People who were there are still telling this story with great delight. And you know why. Because deep down, we know that what matters in this life is more than winning for ourselves. What really matters is helping others win, too. Even if it means slowing down and changing our course now and then.

And of course, none of us become who are we without help along the way. Later in his speech, Rogers said:

Anyone who has ever graduated from a college, anyone who has ever been able to sustain a good work, has had at least one person, and often many, who have believed in him or her. We just don’t get to be competent human beings without a lot of different investments from others.

Remembering this can also help you go easy on yourself when you experience failure. No one becomes who they are without help; when you hit a rough patch, don’t hide from the people who might smooth your way.

5. Don’t Be Afraid of Silence

At one point in his speech, Rogers said that he wants to give his audience “an invisible gift. A gift of a silent minute to think about those who have helped you become who you are today.”

There are two things about this particular gift that are unique to the Mister Rogers worldview: the sense of community — people helping each other become better, stronger, more uniquely themselves — and the silence.

Rogers was comfortable with silence in a way that most adults are not. At The Cut, Heather Havrilesky explained:

Time seemed to slow down and almost stop in Mister Rogers’s company. Feeding the fish took half a century by today’s manic televisual standards. Rogers would look at you and pause, then muse quietly on how to think about this or that. There was plenty of time for you, the child viewer, to consider what you thought before Rogers moved on. In one episode, Rogers took an egg timer and said to the camera, “Do you want to know how long a minute is?” Then he watched silently for a full minute as the timer ran down.

When is the last time you spent a minute doing nothing — not looking at your phone or your calendar or your to-do list, not talking just to fill the air, but just being still? The ability to be silent is a forgotten skill for most of us.

In addition to helping you cultivate mindfulness, silence can also help you improve your communication with others. What would your coworkers say, if you didn’t fill the air? What information might they share or questions might they ask? You’ll never know until you’re able to make peace with silence and wait to see what comes.

Because deep down, we know that what matters in this life is more than winning for ourselves. What really matters is helping others win, too. - Fred Rogers

6. “Nobody Else Can Make the Sound You Make”

In another story, Rogers related the time he sat in on a master class of young cellists, led by Yo-Yo Ma. After one of the cellists performed, Ma told him, “Nobody else can make the sound you make.”

You are more than the sum of your experience, education and credentials — more than just your resume. Whether you’re looking for a new job or aiming for a promotion at the one you have, remember that you bring to the table much more than your skills. You bring yourself.

7. “You Don’t Ever Have to Do Anything Sensational”

In a world that prizes achievement, sometimes it can be hard to remember that getting ahead isn’t everything. To be truly successful, you need to see beyond the next promotion, raise or career goal. You need to remember that you have value … just the way you are.

Toward the end of his speech, Rogers reminded his audience of his song, It’s You I Like: ““It’s you I like, it’s not the things you wear. It’s not the way you do your hair, but it’s you I like….” He explained, “And what that ultimately means, of course, is that you don’t ever have to do anything sensational for people to love you.”

Mister Rogers closed his speech by wishing the graduating class “the strength and the grace to make those choices which will allow you and your neighbor to become the best of whoever you are.”

A good reminder that while some things are out of our control, we do have a say in some of what happens to us, at work and elsewhere. We can control our attitude and approach to problems, wins and losses — and we can make the best possible choices in any given situation.

Who’s had the biggest impact on your career? We want to hear from you. Share your story in the comments or join the conversation on Twitter.