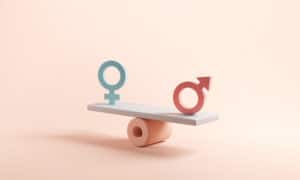 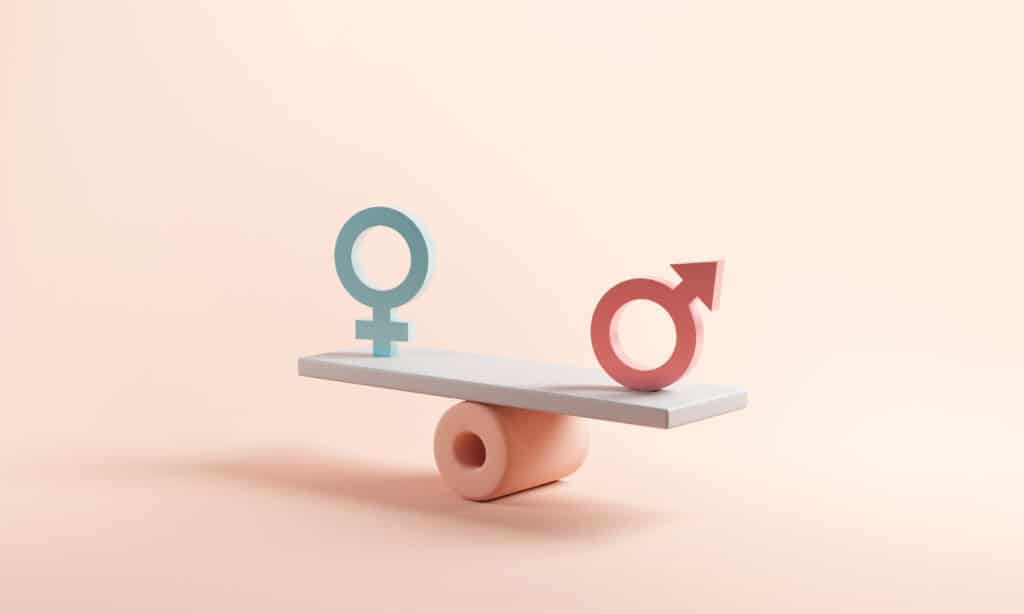 The gender pay gap is real. Of course, it is. Multiple independent organizations and institutions report on the gender pay gap using different data sets and methodologies. And they all come to the same conclusion: women earn less than men.

Payscale’s 2022 Gender Pay Gap Report, released March 15, 2022 for Equal Pay Day, found that the gender pay gap hasn’t actually shrunk since last year. According to Payscale’s salary data, women still make $0.82 for every $1 that men make when data are uncontrolled, meaning that women make less than men holistically when you compare the median pay for all women against the median pay for all men.

When data are controlled for job characteristics, such as job title, job level, years of experience, location, hours worked, and so on, there is still a gender pay gap where women make $0.99 to every $1 that men make. That is very close to being closed, but no gap is acceptable, so the gender pay gap is real.

Why can we trust that the gender pay gap is real?

According to median earning data from the Census Current Population Survey, this year women who were full-time, year-round employees made 83 cents for every dollar that men made, which means that women are paid about 17 percent less than men — only a slight improvement from Payscale’s study. Although Payscale’s research on the gender pay gap differs slightly from the research by other institutions, this is just because different data sets and research reports have different characteristics and methodologies. Payscale’s data is biased toward salaried professionals with college degrees as hourly workers are less likely to use an online survey like Payscale to look up what other people with their position are making.

The point remains. Multiple independent research studies on the wages of men and women agree that women earn less than men. Thus, the gender pay gap is real.

However, the “closing” of the gender pay gap may not actually be real, at least not in 2021 and 2022. Most gender pay gap research aggregates salary data going back a couple of years. During COVID-19 — from which we still haven’t fully recovered — millions of people were laid off or quit their jobs, especially in lower paid hourly positions statistically occupied by women more than men. When a large percentage of low wage workers leave the workforce, it can artificially increase the median wage.

This means that it is possible that the gender pay gap will widen in the future when women return to work, especially if women who were unemployed receive a pay penalty when they reenter the labor market.

Why do some people not think the gender pay gap is real?

Naysayers who don’t believe that the gender pay gap is real, that it is a myth, often cite that the gender pay gap can be explained by women self-selecting into careers that pay less. The reasoning goes that women prefer jobs that have more flexibility or are less physically or mentally strenuous than the jobs that men do. Sometimes these assertions are tied to gender stereotypes about the type of work women are most suited for. Often, there is a reckoning that women are more likely to take time off work to become mothers or leave the workforce all together to raise children.

And this is the problem.

Naysayers of the gender pay gap are often looking for ways to discount sexism as the reason that women are paid less than men, but then they use sexism to justify the gap.  Viewing the gender pay gap through the lens of “women’s choices” or perceived abilities doesn’t decrease the gap. Dismissing the gender pay gap based on this framework presupposes that sexism and discrimination must be conscious to be meaningful. But the whole point of gender pay gap research is to remove biases and simply look at what the data tell us about how men and women are valued differently by society. It’s not a study of active and intentional discrimination against women. It’s not “gotcha” journalism. It’s data science.

Moreover, why do we value “women’s work” less than “men’s work” if there is really a difference based on predilection of the sexes? That we do is unmistakable. Women make less than men in nearly every occupation and industry, for both the controlled and uncontrolled gender pay gap. Indeed, some studies have shown that when women enter a field previously dominated by men, the pay for that work drops, even though it has not changed. The gender pay gap is not only real; it is insistent that women be positioned below men, even if just by a little bit.

It’s also not always a matter of occupational segregation. Women can and do occupy positions dominated more by men, but even when they do the same work, they are paid less. Payscale’s 2022 Gender Pay Gap Report analyzed the top 20 jobs with the widest gender pay gaps when data are controlled, meaning jobs where men and women do the same work but where women receive less pay. This list includes a mix of different types of jobs, some physically or mentally demanding such as surgeons and correctional officers.

In all of these examples, the gender pay gap is real. Women physicians and surgeons make $30,000 less than men with the same job. Women correctional officers make $2,800 less. This is real money with real meaning to these workers.

Naysayers of whether or not the gender pay gap is real will also sometimes object to the methodology on the grounds that some men make less while other men make more, even when doing the same jobs. That pay gaps exist between people of the same gender does not mean that the gender pay gap is not real. Besides which, when it comes to pay gaps, it not always a question of gender. At the organizational level, a pay gap between two people doing the same job with similar responsibilities, regardless of gender, can land that organization in legal trouble. This is just another very important reason to believe that the gender pay gap is real — so you can assess and correct pay gap of all kinds.

What can we do about the gender pay gap?

The current state of affairs is an urgent call to action for pay equity. Employers have power to close the gender pay gap, and it is in every organization’s best interest to take action around pay equity and pay transparency within their organization.

The reasons to conduct pay equity analysis are also undergoing a noticeable shift. Rather than a response to legal pressures or fear of risk, pay equity is being increasingly seen as central to company values and part of an organization’s talent acquisition and retention strategy. This reframing for the importance of pay equity means that it gets the right attention from decision makers within the organization, especially the C-suite and Board of Directors, which are also instrumental to efforts to actually remediate pay gaps and investigate systemic reasons and unconscious biases that may be contributing to pay inequity.

When organizations undertake pay equity analysis for the first time, they are often surprised to discover that they have a gender pay gap. But that is what it makes it all the more imperative to actually measure and continuously monitor pay equity.

So, the gender pay gap is real. The good news is that employers can do something about it and absolutely should be doing so. For organizations just becoming aware of the importance of pay equity analysis, a market study to make sure jobs are up-to-date with current salary data is usually the first step. Payscale can certainly help with this, but Payscale also offers pay equity solutions, including tools to conduct pay analysis and measure and monitor pay gaps. Payscale also offers professional services to help organizations interpret and address pay inequities as well as develop pay communications to become more transparent about their commitment to equitable pay.

If you are interested in pay equity solutions with Payscale, contact your customer service representative to find out more or request a demo to learn more about becoming a customer of Payscale.

How much has the gender pay gap closed? 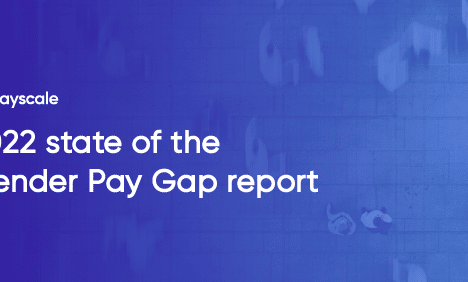 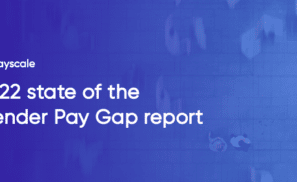 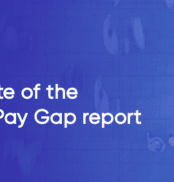 Payscale’s 2022 gender pay gap report reveals how much women are paid compared to men with analysis by race, job level, age, education, industry, and occupation, as well as unemployment during COVID-19, with insight on how employers can help close pay gaps. 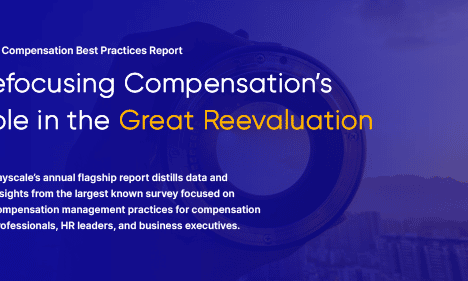 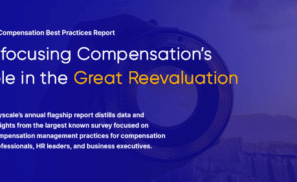 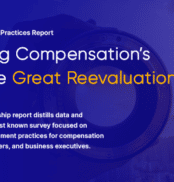 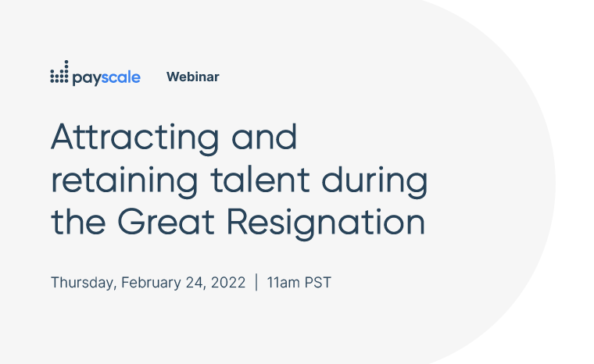 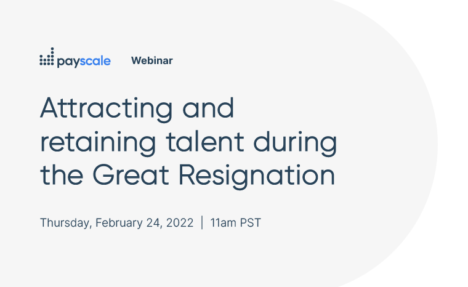 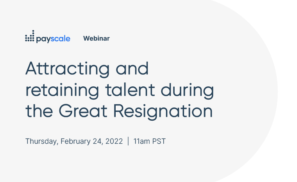 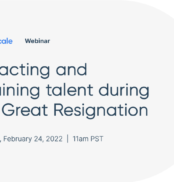 Attracting and Retaining Talent during the Great Resignation Webinar

Attracting and Retaining Talent during the Great Resignation Webinar Recording The great resignation. The great reshuffling. Turnover tsunami. No matter what you call it, the truth of the matter is that bringing talent in and keeping it has never been more dif